Representing Czech institutions, the meeting was attended by Mr Jan Kalous, Director of the Museum of 20th Century Memory in Prague, Mr Ladislav Kudrna, Director-elect of the Institute for the Study of Totalitarian Regimes, and Mr Peter Rendek, Managing Director of the Platform of European Memory and Conscience.

The meeting, a Lithuanian initiative, focused on the area of memory policy, with a particular focus on coming to terms with the Communist past. Discussions were held on the exchange of experiences, institutional development and international cooperation. Ms Andrikienė, Chair of the Committee, informed the room that, in the case of Lithuania, there is a significant increase in financial support for memory institutions. The Baltic state considers this area very important against the background of the current military conflict in Ukraine.

Mr Peter Rendek presented the activities and projects of the Platform in the European context, particularly the ‘Justice 2.0.’ project on dealing with Communist crimes. He stressed that the current conflict in Ukraine, where the Platform also has members, is a conflict about the past and recalled the importance of political support in the implementation of the 2019 European Parliament Resolution on the importance of memory for the future of Europe.

The Lithuanian side confirmed its interest and active participation in the implementation of the Pan-European Memorial to the Victims of Totalitarian Regimes in Brussels, which the Platform initiated on the basis of the 2009 European Parliament Resolution. 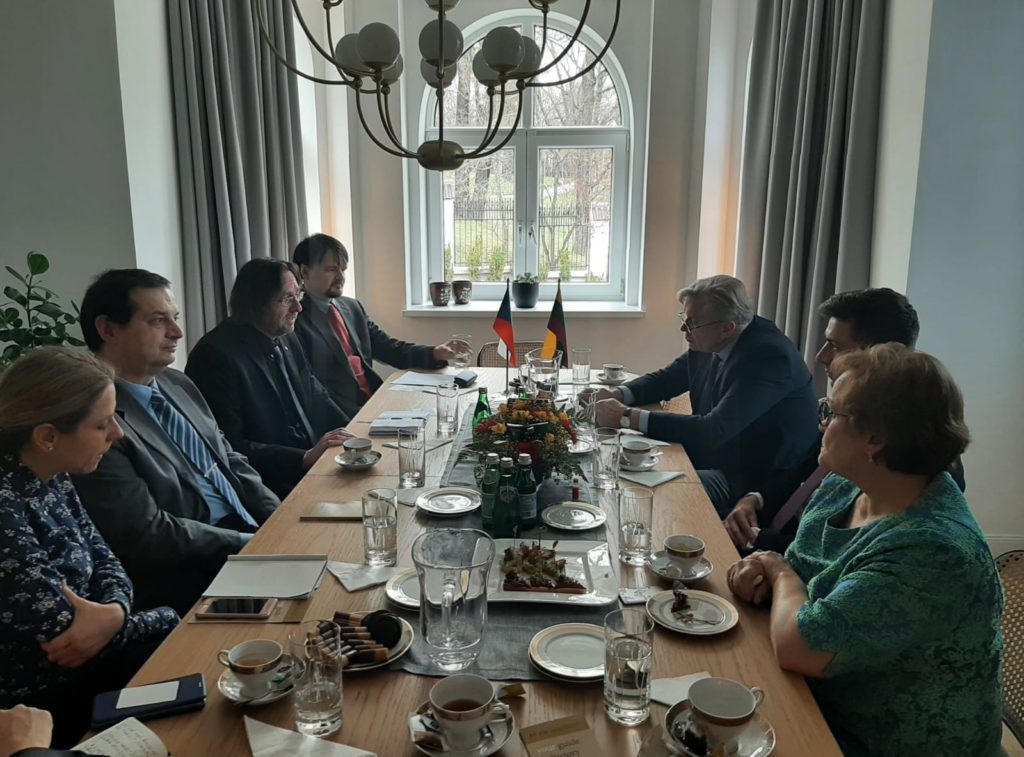