On 29 March 2022, the President of the Platform Mr Marek Mutor, member of the Executive Board Dr. Christian Fuchs and former Managing Director of the Platform Dr. Neela Winkelmann visited the German Federal Commissioner for the Victims of the SED dictatorship Ms Evelyn Zupke in the Bundestag in Berlin.
The Federal Commissioner was appointed in 2021 as a new institution whose purpose it is to improve the situation and social standing of the countless victims of the Communist tyranny in Germany today. Her special focus lies on better healthcare benefits, social support, rehabilitation and compensations for people who were persecuted for political reasons, better commemoration of the victims and improvement of the framework for research, awareness raising and education about the victims of Communism in former East Germany. With the Platform representatives, she discussed issues of common interest and possible cooperation, such as the memorial for the victims of Communism in Germany and the Platform’s project of the Pan-European Memorial for the victims of European totalitarianism in Brussels, the presentation of the Platform’s travelling exhibitions in Berlin and cooperation on the Platform’s JUSTICE 2.0 project. Within this international project, a criminal complaint was presented by the Platform in Germany regarding the killings of East German refugees in former Czechoslovakia, and rehabilitations and compensations are being claimed from courts and the Ministry of Justice of the Czech and Slovak Republics for former East German refugees who were arrested on the borders of Czechoslovakia until 1989.

The Platform representatives then held talks with Ms Alexandra Titze, Vice-president of the Stasi Records Archive. With the expiry of the Act on the Stasi records and the end of term of the Federal Commissioner for the Stasi records in 2021, the records of the Stasi, the former East German secret police, were transferred to the Federal German Archives, the Bundesarchiv, where they constitute a special unit. As the legal successor of the Federal Commissioner for the Stasi records, the Bundesarchiv is now taking its place as a full Member of the Platform of European Memory and Conscience, which is a significant recognition of the importance of the work of the Platform. This major archive with over 2,000 employees holds records of the entire history of Germany and a vast photo-databank. Ms Titze was interested in the scope of work of the Platform and in possibilities of active participation in individual Platform projects. The Pan-European Memorial for the victims of European totalitarianism in Brussels is of particular interest, as well as exhibitions, research into victims of Communism and the JUSTICE 2.0 – project. The discussions were followed by a guided visit to the Stasi Records Archive in Berlin-Lichtenberg. 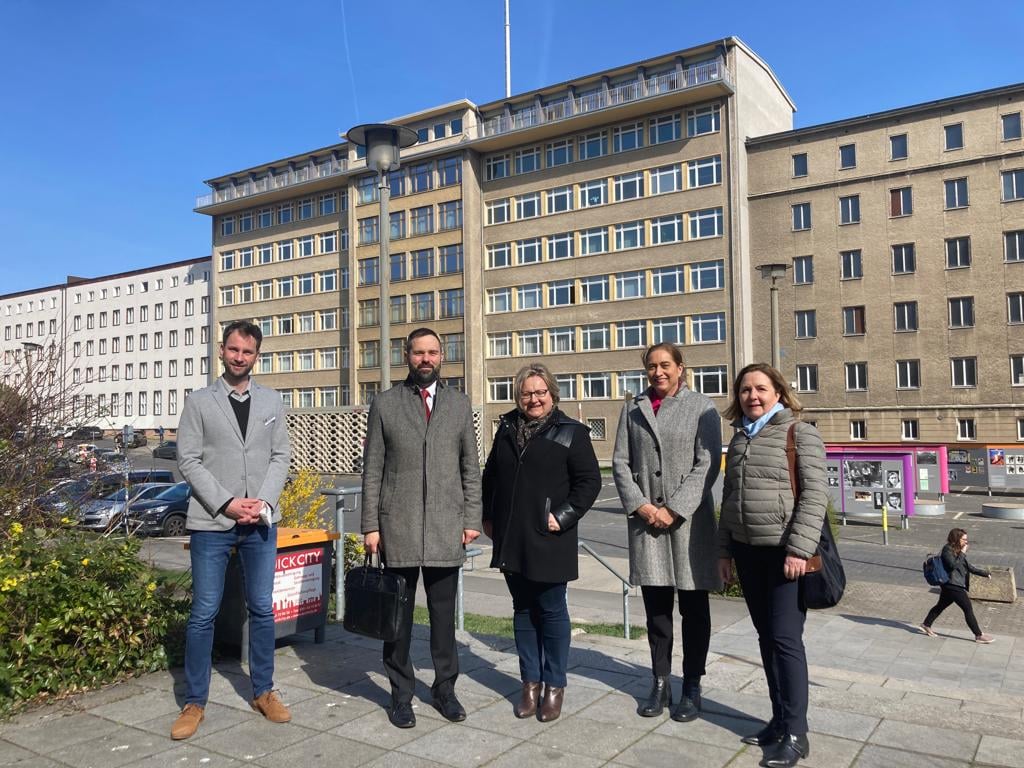 ← During the 2022 Memory Days in Albania, the Platform presented the Albanian version of its educational reader and the Century of Martyrs exhibition
New documentary about German victims of the Iron Curtain in Czechoslovakia →