The Platform of European Memory and Conscience (PEMC) condemns the aggression of the Russian Federation against Ukraine. It is a crime against the peace. We express our solidarity with the Ukrainian people defending their country. We condemn war crimes and atrocities for which the sole responsibility lies on the Kremlin and Vladimir Putin personally.

We deeply believe that an international tribunal to deal with these crimes is needed.

We assure the Ukrainian members of the PEMC of our readiness to assist in any way we can.

We also stand in solidarity with all the brave Russians who have found the courage to oppose the Putin regime’s violence.

The aggression was preceded by a years-long campaign of historical disinformation against Ukraine and other Central and Eastern European countries. We regret that this warning sign was ignored by democratic societies.

The criminal nature of Putin’s regime cannot be understood without analysing its Soviet, and especially KGB, roots. The PEMC is ready to improve and continue countering the actions of the Russian Federation through education and supporting its partners.

We call all member organisations of PEMC to take an active part in protests against this criminal aggression. 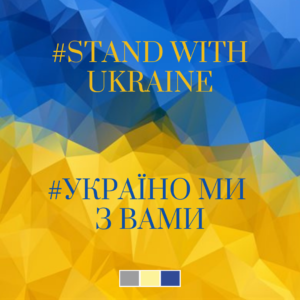