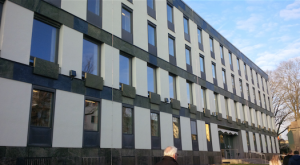 Prague, 2 February 2022 – In the Czech Republic the case against Lubomír Štrougal and Vratislav Vajnar for the deaths on the Iron Curtain has been interrupted as new assessments of their health are awaited. However, according to Christian Härtl, the chief prosecutor in Weiden, Bavaria, an investigation into the killings on the Czechoslovak borders continues in Germany. According to him, the case also has historical significance.

“According to our current estimates, we have exhausted all investigative options available in Germany,” said Härtl, adding that it is now time to evaluate documents and information provided “primarily from the Czech Republic, but also from Slovakia”, or to carry out other investigative actions in both these countries.

Härtl has been the German lead on a joint Czech-German investigation team that has been working on this since 2019. It was initiated based on two criminal reports filed in 2016 and 2017 by the Platform of European Memory and Conscience. The reports highlighted the culability of top commuist officials such as Štrougal, Vajnar, and Miloš Jakeš (now deceased) as well as the border guards who fired the shots.

“In our proceedings, all persons who participated in the chain of orders in individual death cases are among the accused. This includes still living members of the state leadership, namely Strougal and Vajnar, as well as individual soldiers deployed at the border,” stated Härtl.

In September 2020, Prague 1 District Public Prosecutor’s Office halted the prosecution of Strougal, now 97, and Vajnar, 91, due to an expert opinion that the defendants would not understand the proceedings due to mental illness. Last December, this was overruled by the Czech Constitutional Court because of questions over the experts’ impartiality in this case. The Court has now ordered new reports to be completed by the end of March.