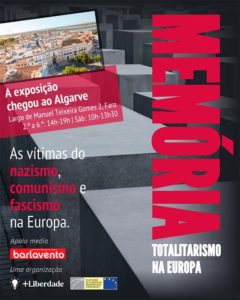 Prague, 25 January – The Platform’s travelling exhibition “Totalitarianism in Europe” continues in 2022 to other destinations throughout Portugal, after Porto, Lisbon and the University of Coimbra.

Thanks to the Platform’s partner organisation Instituto +Liberdade, the first-ever overview of available statistics on civilian victims of the worst crimes committed by totalitarian regimes in the 20th century in 14 European countries (Estonia, Latvia, Lithuania, Poland, Germany, the Netherlands, the Czech Republic and Slovakia [former Czechoslovakia], Hungary, Slovenia, Romania, Bulgaria, Ukraine and Albania) is presented to the Portuguese population in their native language. The statistics are framed by photographs of some of the main perpetrators and supplemented by data on the prosecution of perpetrators after the fall of the regime.

The exhibition is now on display in the administration centre of the Algarve region, the city of Faro. The next planned destinations are the cities of Braga and Aveiro.

So far, the exhibition has visited five destinations in Portugal, among them two universities (University of Coimbra  and the Catholic University of Portugal).

“Totalitarianism in Europe” is the first international educational and awareness-raising tool of the Platform, which was launched for the first time in Bratislava, Slovakia in September 2012.

The exhibition has thus been presented in 28 major cities in 20 countries in Europe and North America since 2012. 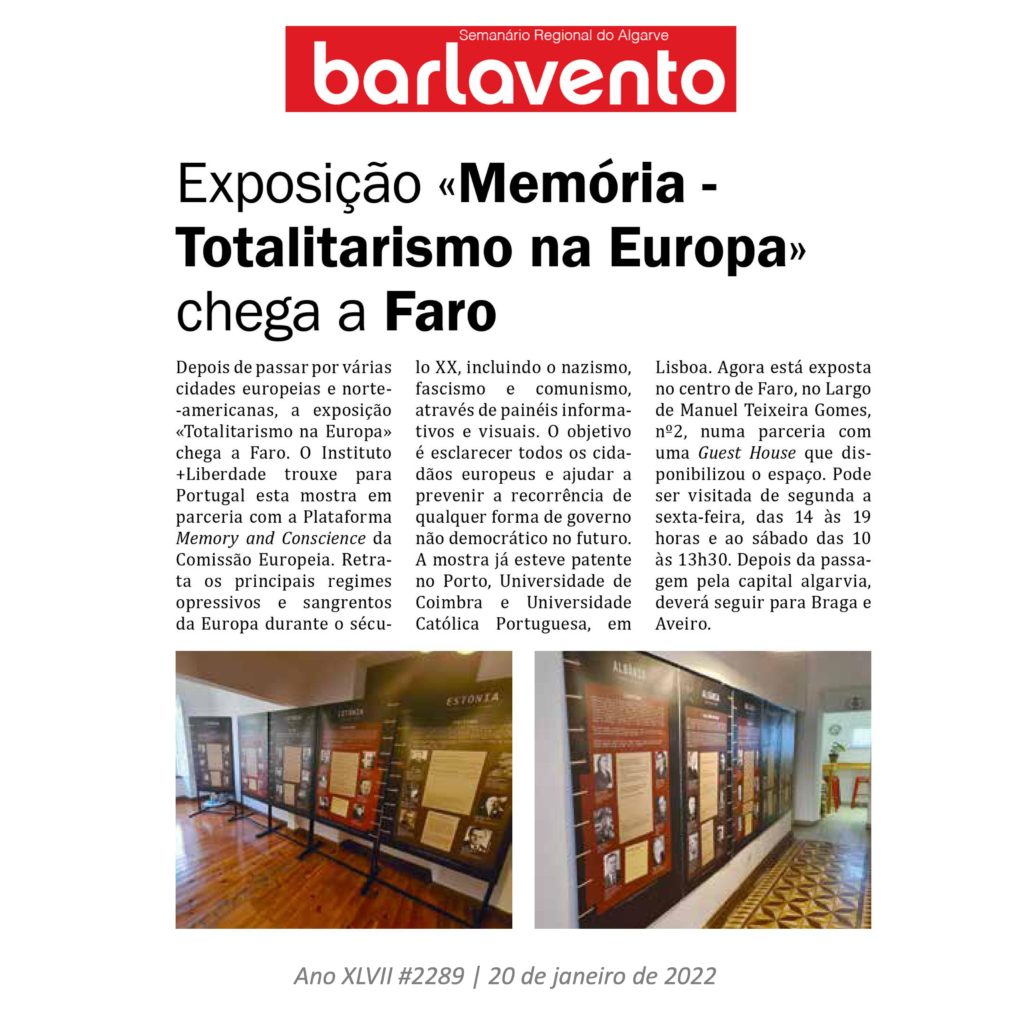