Prague, 21 December 2021– The new second edition of the educational reader “Lest We Forget. Memory of Totalitarianism in Europe” edited by Neela Winkelmann and Gillian Purves is being published in English, Czech and Albanian. A Spanish version will follow soon.

The purpose of the book is to educate students, today’s young generation, about Europe’s tragic totalitarian past and the importance of standing up for basic human rights, freedoms and democratic values in society. The aim is to promote better understanding and integration among the citizens of Europe and to help prevent the return of any form of undemocratic rule in the future. 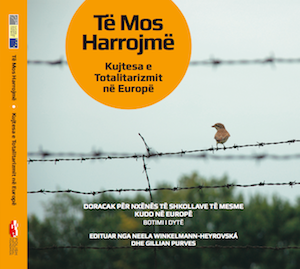 The book now contains 37 remarkable life stories of people affected by totalitarianism from 20 European countries, accompanied by photographs and facsimiles of documents. Twenty-three institutions dealing with Europe’s totalitarian past, associated in the Platform of European Memory and Conscience, collaborated on the first and 5 new organisations collaborated on the second edition. New stories have been added from Nazi-occupied France, Franco’s Spain, Mussolini’s Italy and Albania, which had the most isolated Communist regime outside of North Korea.

“The trauma passed on to us by the previous generations is immense. It is crucial for young people to learn about history and be aware of how much healing we still need. We put this book together so that they understand and continue protecting democracy as the best possible system of governance in which healing can happen and human happiness can unfold“, says Dr. Neela Winkelmann, author of the reader.

The English, German and French versions of the reader were published in 2013 with support from the European Commission’s Europe for Citizens Programme, the International Visegrad Fund, the European Network on Memory and Solidarity and the European Shoah Legacy Institute.

The Czech version of the reader, was published in September 2013 by the Platform for European Memory and Conscience and the Konrad-Adenauer-Stiftung, under the auspices of the Ministry of Education, Youth and Sports of the Czech Republic,, with the support of the European Shoah Legacy Institute and in cooperation with the Association of Czech Lawyers Všehrd.

The first edition was published in a total of 9 languages – in addition to the above, also in Ukrainian in 2015, in Polish and Italian in 2018, and in Hungarian and Romanian in 2019.

The new editions are released now in English, Czech, Albanian and Spanish mutations in cooperation with the Collège des Bernardins, France; Universidad Complutense de Madrid, The Spanish Federation of Geography and History Teachers, Foundation Gariwo, Italy and the Institute for Democracy, Media and Culture in Albania. The project was supported by the Polish National Foundation.

The reader for schools “Lest We Forget. Memory of Totalitarianism in Europe” will soon be available for distribution to schools in Europe and North America. 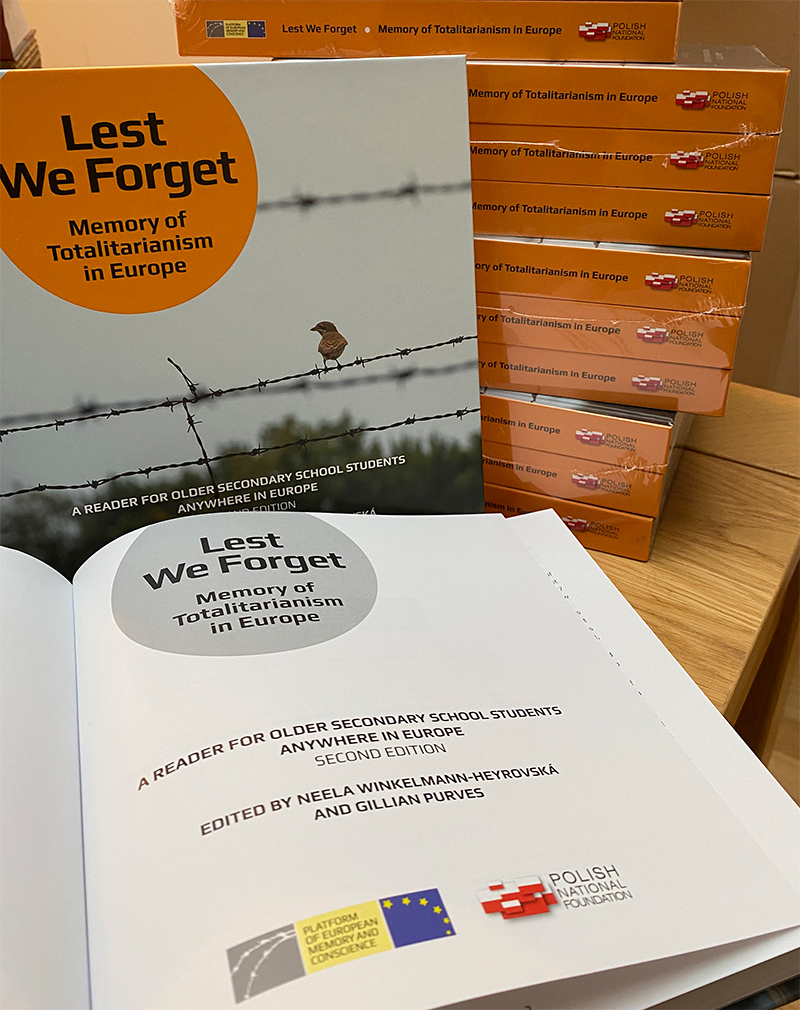 The project is possible thanks to the support of