Prague, 15 November – Ten years ago on 14 October 2011, the Platform of European Memory and Conscience was founded in Prague by 20 founding members from 12 EU Member States.
Ten years later, the Platform anniversary annual Council of Members meeting took place on 11-13 in the same city. Nowadays, the Platform network brings together 68 organisations worldwide, active in research, documentation, awareness raising and education about the totalitarian regimes which befell Europe in the 20th century. During the event a new president was elected, as well as new Executive and Supervisory Board members, and full-membership was granted for 5 candidates. As a part of the 10th anniversary, the international conference Year 1991 – New map of Europe was held on 12-13 November and the anniversary reception took place on 12 November, with the awarding of the special Prize of the Platform.

The anniversary event started on 11 November with attending the opening of the Unbreakable and Sacrificed – Festival of documentary films about the 20th century organised by Platform member the Twentieth Century Memorial Museum. The Platform was the official partner of the festival.

On Friday, 12 November 2021, the annual meeting of the Platform members took place at the Hotel Centure Old Town City in Prague. The incumbent President 2017-2021 Dr. Łukasz Kamiński had decided not to stand for further election. In his letter to the members, he added: “Four years ago the Council of Members placed its trust in me, choosing me as the Platform’s president. These years were marked by dynamic growth of the Platform, establishing contacts with new partners, and new projects, including two new exhibitions and a new edition of our Reader. The Platform was the only organisation mentioned in the European Parliament resolution of 19 September 2019 on the importance of European remembrance for the future of Europe. The recent pandemic has limited our activities, but did not stop our work.”

The Council of Members elected Mr Marek Mutor as the new President of the Platform. 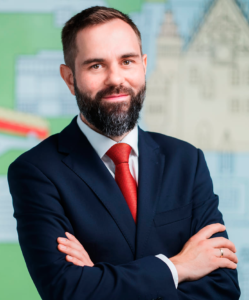 Founder and director of the Remembrance and Future Centre in Wroclaw, Poland.  Author of its main exhibition in the Depot History Centre – “Wroclaw 1945-2016”. A Polonist and historian who graduated from the University of Wroclaw and completed postgraduate studies in  “Leaders of Culture Academy” run by the Krakow University of Economics. Promoter of historical projects and exhibitions. Member of many advisory expert groups such as the “Patriotism of Tomorrow” programme, European Centre of Solidarity and Krzyżowa Foundation.  As an expert in the biography of Cardinal Bolesław Kominek – initiator of Letter of Reconciliation of the Polish bishops to the German Bishops in 1965 – he was responsible for organising the official 50th anniversary event in 2015. In the years 2002-2009 he was a member of the Municipal Council of Wroclaw. Director of the National Centre for Culture in the years 2006-2007 and in 2016. Since 2013, a member of the Supervisory Board and in the years 2019-2021 a Platform Executive Board member. On 12 November 2021, he was elected by the Platform Council of Members as its new President.

The members of the Platform have thus elected their third President. Mr Göran Lindblad (SWE) was the first President from 2011-2017, followed by Łukasz Kamiński (POL) from 2017-2021.

Ms Rasa Juknevičienė (LT), Member of the EU Parliament, Chair of the Informal Group on European Remembrance of the European Parliament and Mr Łukasz Kamiński were elected as new members of the Board of Trustees.

The Annual Meeting of the Platform approved the 2020 Annual Report and granted full membership to 5 organisations admitted in 2020:

and the Kujto Foundation from Albania was elected as a new candidate.

The annual Council of Members was accompanied with the international conference entitled Year 1991 – New map of Europe which took place on 12-13 November 2021. The individual panels were devoted to the Slovenian road to independence in 1991, the end of the Soviet Union from the Estonian, Lithuanian and Ukrainian perspectives; Central European and local perspectives were discussed as well.

The special guest Hon. David Kilgour from Canada introduced the perspective: 30 years after the fall of the USSR. Is China still a Communist country?

On 12 November the anniversary reception took place in the same venue and the special Prize of the Platform for significant results in the field of helping former victims of Communism as part of the Justice 2.0 project was awarded to Ms Neela Winkelmann, the first managing director in the years 2011-2018.

Because of Covid-19 situation, the Council of Members and conference was organized in a hybrid form as an on-site and online meeting.

The event was co-organized with the member organizations, the Remembrance and Future Institute in Wroclaw and the Study Centre for National Reconciliation in Ljubljana with the support of Czech private donors. 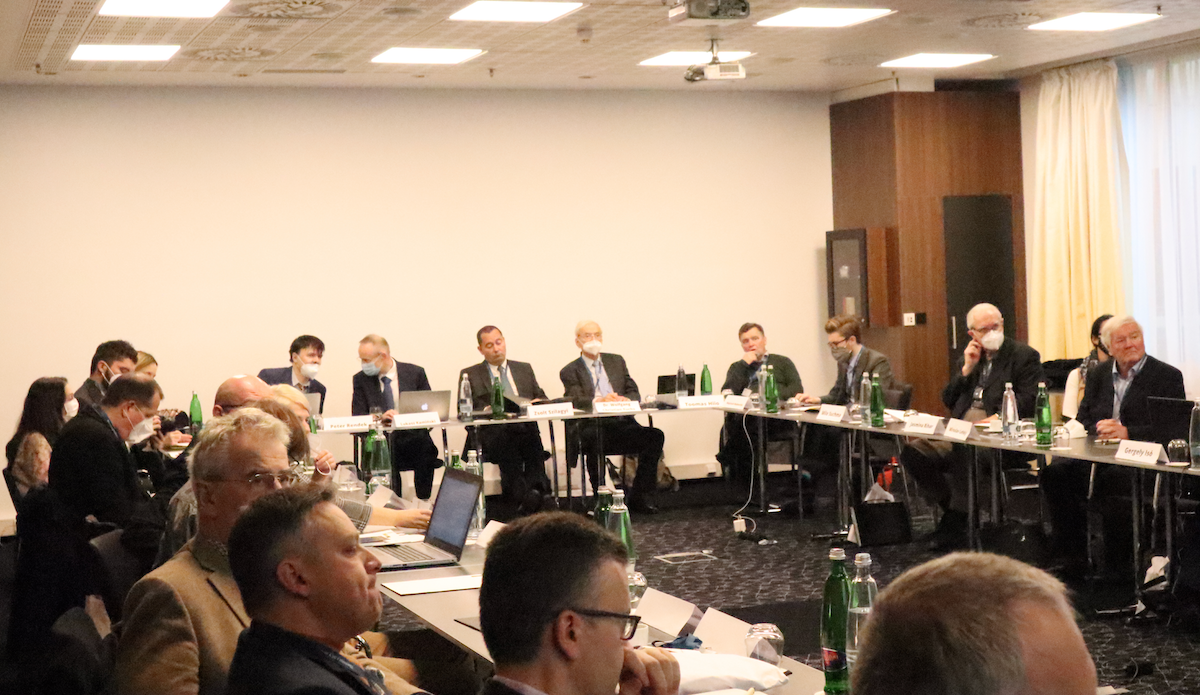 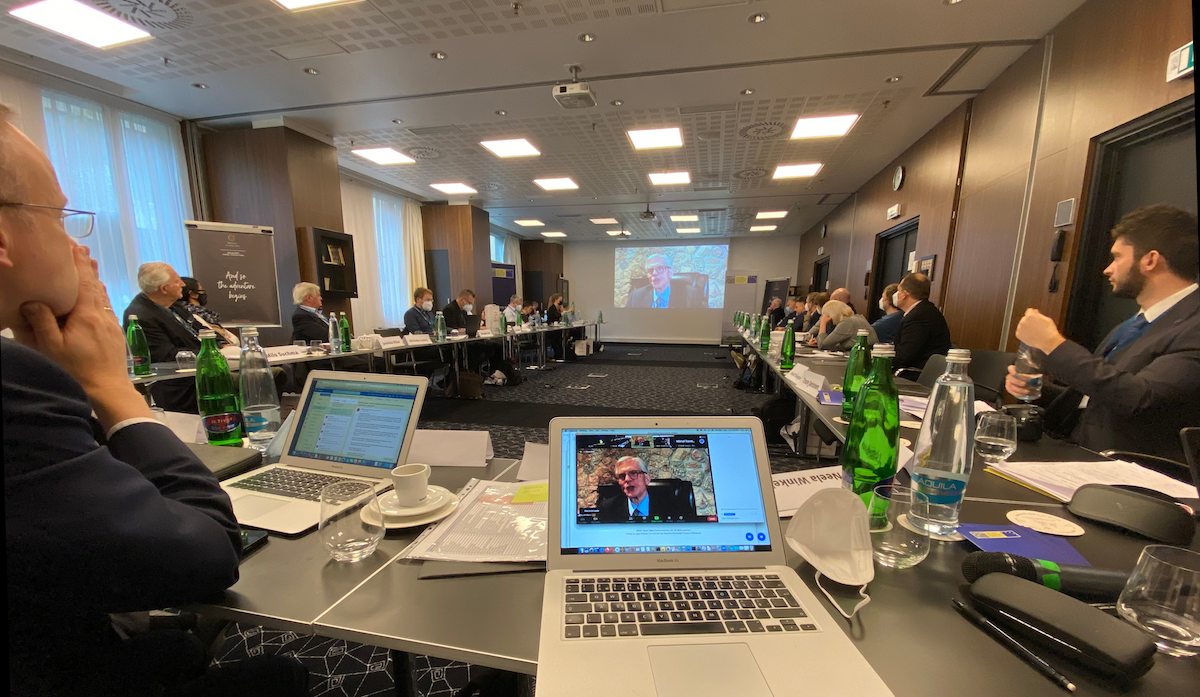 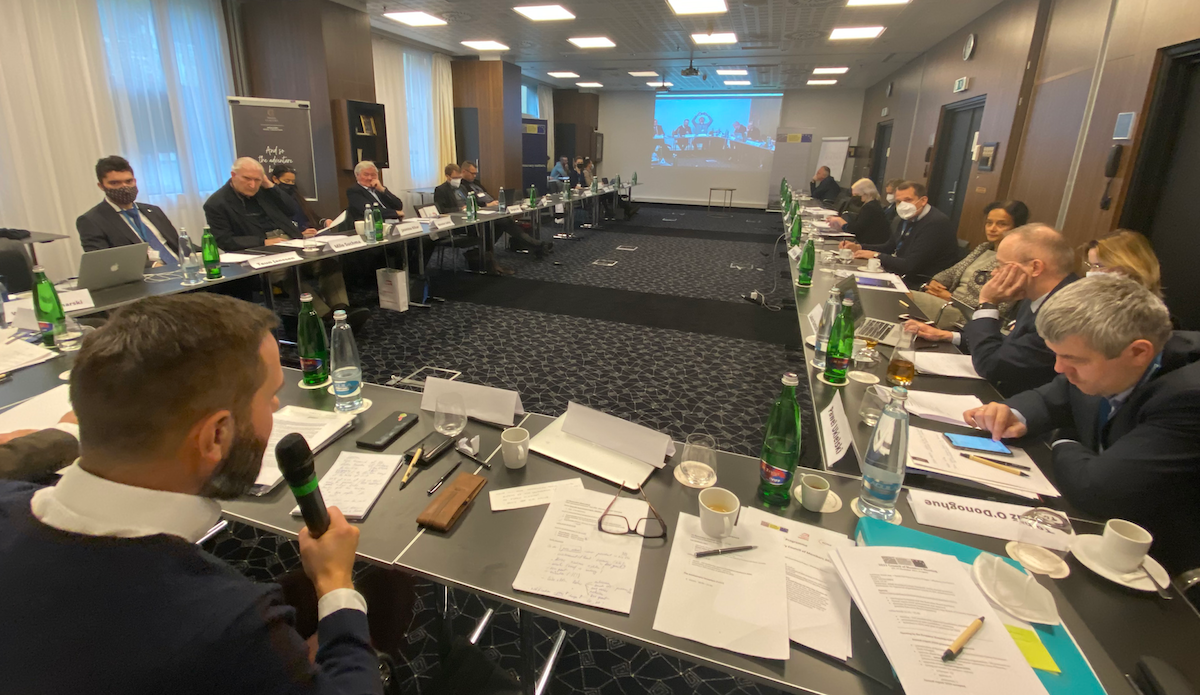