Prague, 22 September – The Platform’s international travelling exhibition “Century of Martyrs” was presented for the first time in Shkodër, Albania. The presentation of the exhibition was launched on 18 September 2021 in the “Site of Witness and Memory Museum” with cooperation of the MEMO Center and will subsequently be presented in other destinations in the country.The exhibition presents the lives of 26 men and women from different European countries who dedicated their lives to the service of God, people and society. The exhibition focuses on the words of the martyrs, written or heard during their lives under the yoke of totalitarian systems, words that can undoubtedly be considered their life message, for which they were ready to give their lives. Their attitude and actions constituted a “threat” to the newly emerging non-democratic regimes. These people were inconvenient witnesses to the perversity of these regimes and were therefore systematically silenced. Recalling their fate, their lives and the testimonies they left us with helps us better understand the true meaning of values such as freedom, truth and democracy.

“The MEMO Center sees confrontation with the naked truth of history as a primary task of every citizen. Only by seeing and reading the facts clearly can the pain be processed, and a healthy force can be found to cure society. We are convinced that only truth and a society based on human understanding and mutual respect for man provides wealth and prosperity to human societies. Today’s exhibition was opened by a 12-year-old child, who recited a poem by the martyr Monsignor Vinçenc Prennushi. The child in question is called Vinçenc Prennushi and is the relative of the martyred bishop. This is a sign of the resurrection of life over death, a sign of the triumph of goodness over violence,” said Mr Gjon Radovani, Executive Director of the MEMO Center.

“In the case of the majority of the 20th-century martyrs, we can read their message only from their activities, decisions and deeds. Some also left us their words. Sometimes short – like the last sentence spoken before death. Sometimes longer – like letters from prison, sermons or entire studies on how to react to evil. This message is not just a historical document, it is alive. It is important not only for Christians but for all of us. This message has a universal character. It teaches us about fundamental values like truth, justice, human dignity. It teaches us how to remain faithful to our convictions and refuse to participate in evil. I’m glad that this message is coming from Shkodra today. After all, Shkodra is a city of martyrs. I strongly believe that the voice of the martyrs coming from Shkodra will be heard in Albania, will be heard in Europe, and the most important – will be heard in our hearts,” said Łukasz Kamiński, President of the Platform.

The exhibition accompanied the premiere of “Unmarked Graves,” a documentary produced by the Kutjo Foundation. 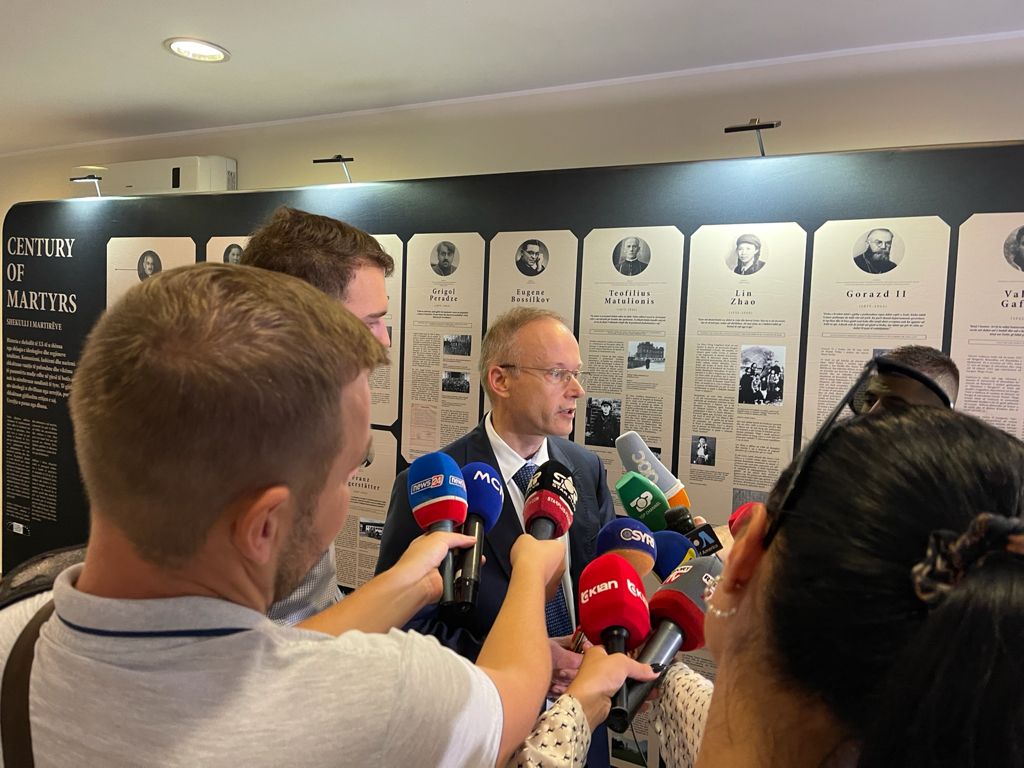 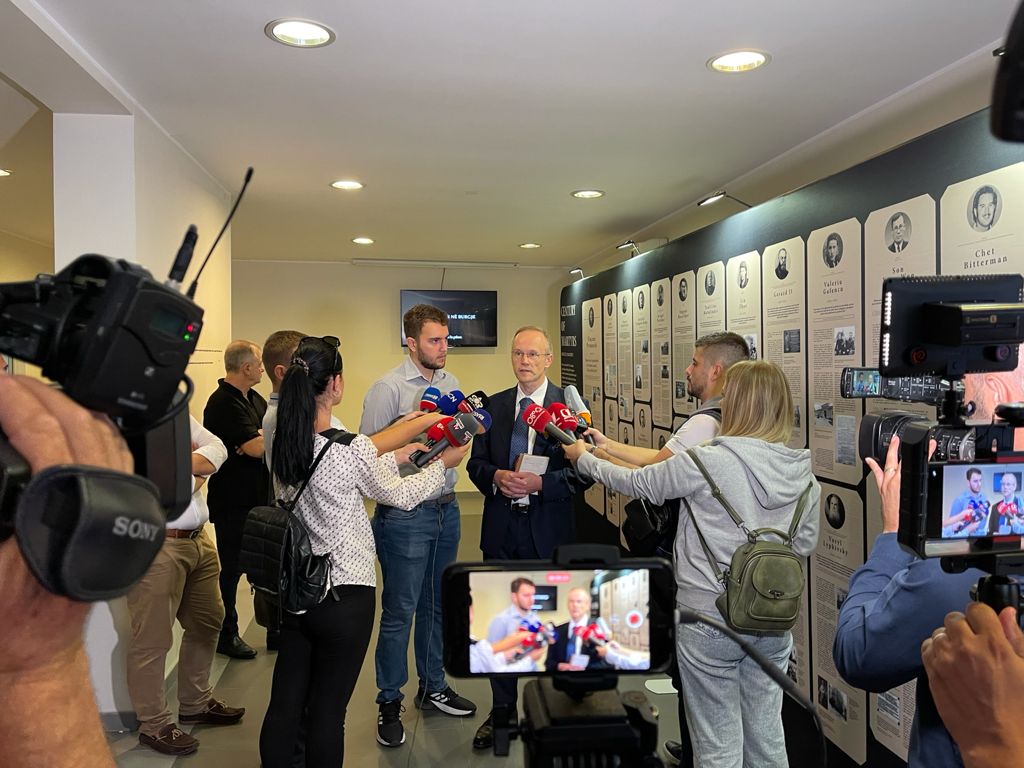