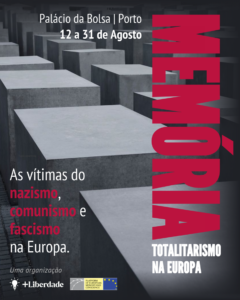 Prague, 23 August – On the eve of the European Day of Remembrance of the Victims of Totalitarianism, the Platform’s international travelling exhibition “Totalitarianism in Europe” was presented for the first time in Porto, Portugal. The presentation of the exhibition was launched on 12 August 2021 in Porto at the Palácio da Bolsa and will subsequently be presented in other destinations in the country.

Thanks to the Platform’s partner organisation Instituto +Liberdade, the first-ever overview of available statistics on civilian victims of the worst crimes committed by totalitarian regimes in the 20th century in 14 European countries (Estonia, Latvia, Lithuania, Poland, Germany, the Netherlands, the Czech Republic and Slovakia [former Czechoslovakia], Hungary, Slovenia, Romania, Bulgaria, Ukraine and Albania) is presented to the Portuguese population in their native language. The statistics are framed by photographs of some of the main perpetrators and supplemented by data on the prosecution of perpetrators after the fall of the regime.

The exhibition has thus been presented in 23 major cities in 20 countries in Europe and North America since 2012.

“The purpose of the exhibition is to remember Europe’s tragic totalitarian past, helping to prevent the recurrence of any form of totalitarian regime in the future. As time passes, it is easy to forget the past and fall back into the same mistakes. Memory is important so that we never forget the importance of defending fundamental human rights, individual freedoms and guarantees, and democratic values in society,” said Mr Carlos Guimarães Pinto, Executive Director of Instituto +Liberdade.

“This is an exhibition about the past – political, social, economic, cultural – of the old continent. The oldest Portuguese business association is associated with this exhibition at the Palácio da Bolsa in order to promote public awareness of the consequences of totalitarian regimes and the dark pages of our continent’s history,” said Mr Nuno Botelho, President of the Porto Trade Association.

“I’m grateful that – thanks to our partners – the history of totalitarian experience may be presented in Portugal. It is our common European history, even if not all parts of the continent were marked by totalitarian and authoritarian regimes in the same manner. It is our common task to learn the lesson, honour the victims and build a future free of any totalitarian attempts,” said Łukasz Kamiński, President of the Platform. 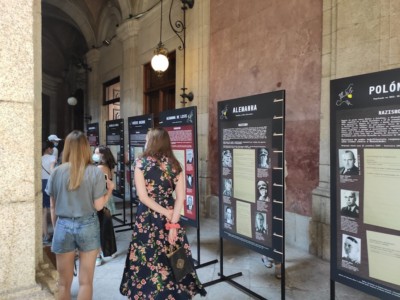 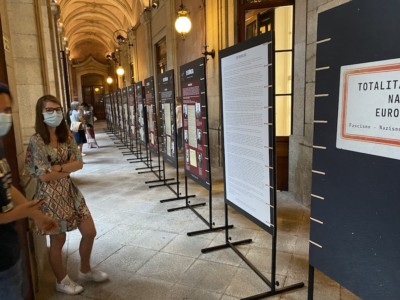 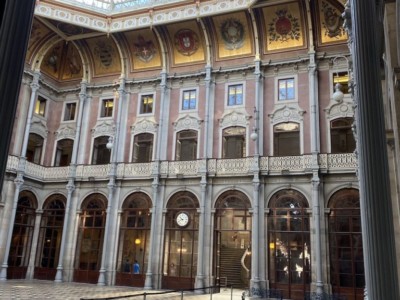 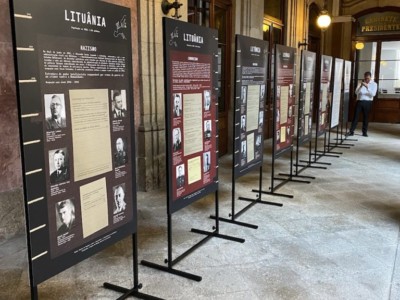 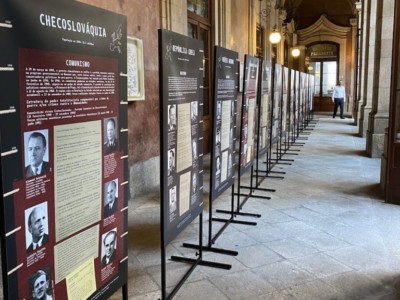 ← International conference “Illusive Reconciliation: Transitional Processes in Central and Eastern Europe in a Comparative Perspective”
Commemorating the European Day of Remembrance for the Victims of Totalitarian and Authoritarian Regimes →