Prague, 15 June – On 14 June 1941, the first wave of mass deportations swept across the Soviet-occupied Baltic States, leading to the forced mass resettlement of tens of thousands of people. This was part of dozens of deportation campaigns that affected millions of people in the former Soviet Union and its satellite states.

Today we remembered the hundreds of thousands of people from the Baltic States deported by the Soviet regime.

Together, in front of the @Europarl_EN, we spoke their names. They will not be forgotten. pic.twitter.com/vEiBgcbZtp

The commemoration was jointly organised by MEP Rasa Juknevičienė, together with members of the informal group of MEPs on European Memory, the Platform of European Memory and Conscience, the Lithuanian Embassy in Belgium and the Permanent Representation of Lithuania to the European Union. 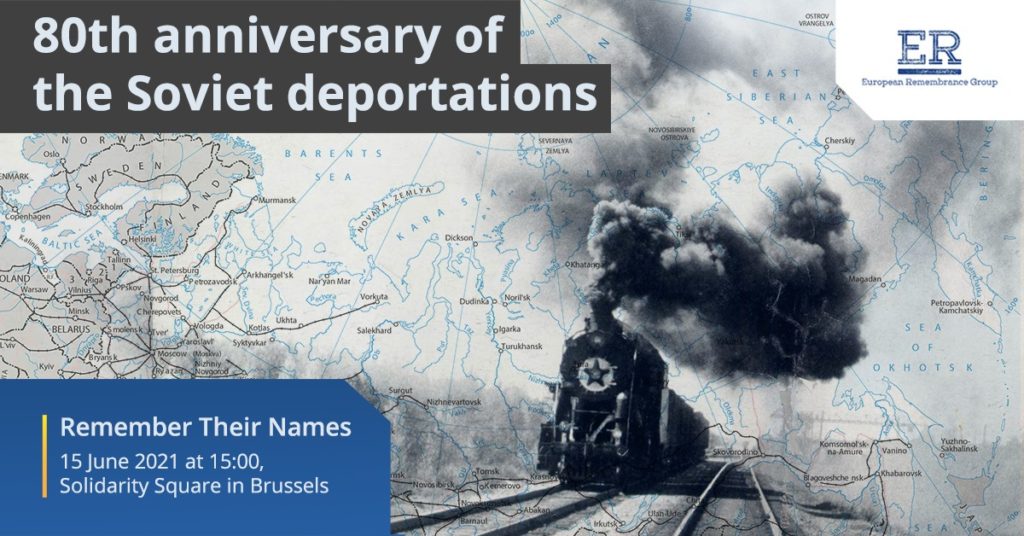