Prague, 26 May – The Platform of European Memory and Conscience (PEMC) with its partners has launched the new online exhibition Century of Martyrs. The history of the 20th century was marked by the rise of totalitarian ideologies and regimes and the subsequent erosion and suppression of human rights and values. Among the millions of victims of these regimes, as well as of ideologically allied movements and guerrilla groups, it is necessary to include a large number of Christians of various denominations. For many of them, persecution became an opportunity to bear witness to their faith. Today we can consider them “martyrs of the 20th century”, even though the respective churches and religious communities have not officially conferred this title on them.

The exhibition introduces 27 individuals, men and women, from various European states who devoted their lives to the service of God, people and society. Their activities, attitudes and positions represented a “threat” to the newly emerging non-democratic totalitarian regimes of the 20th century. These people became the conscience and inconvenient witnesses to the perversity of these regimes and were therefore systematically silenced. Recalling the fate of people, their lives and the testimonies they left us, who suffered for their commitment to their inner convictions and beliefs, helps us to better understand the true meaning of values like freedom, truth and democracy.

“We are convinced that the messages from the martyrs pictured in the exhibition remain relevant in the modern world and can be a source of inspiration – primarily for Christians, but not only for them. Defiance in the face of evil, serving one’s fellow man, and renouncing hate are universal values,” said Mr Łukasz Kamiński, PEMC President. 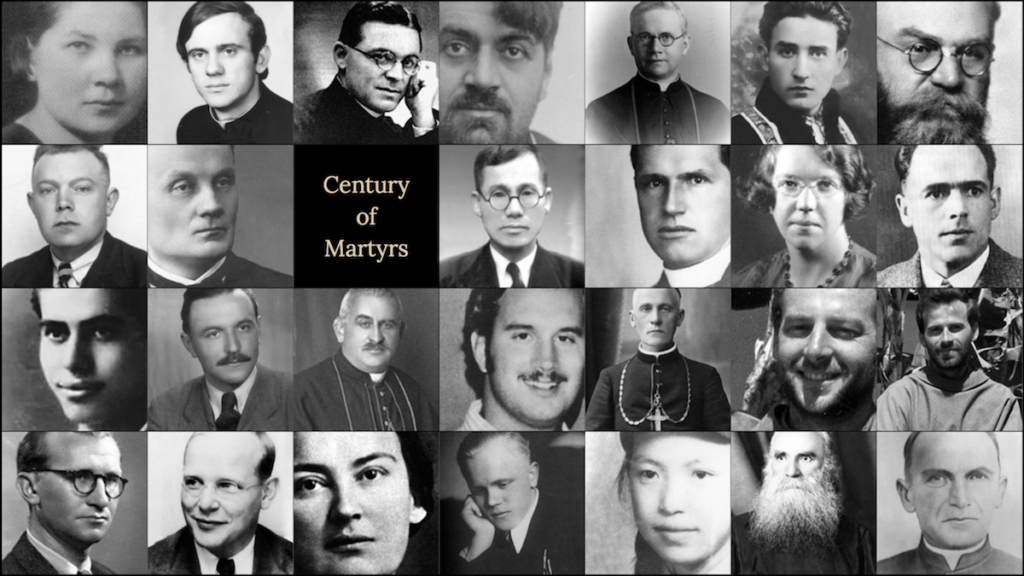 The exhibition is available here: centuryofmartyrs.eu