Prague, 10 February 2021 – The Platform of European Memory and Conscience (PEMC) is launching its educational board game “Across the Iron Curtain” in its German and Hungarian versions. The game is a play-and-learn opportunity to acquire deeper awareness of history and human rights related to the Communist regime. In the game, the situation during the Cold War is re-created, when people were trying to escape to the West, oftentimes with the assistance of helpers at home and abroad. The players are such escape helpers attempting to bring 30 refugees from 15 East European countries across the Iron Curtain in eight different ways. Its purpose is to educate on recent European history, on human rights and their violations during Communism, as well as inform about the geography and nations of Europe.

The game was originally produced by the PEMC and the Institute of National Remembrance in 2017. The first launch took place in June 2017 in Warsaw, in November at SPIEL 2017 (Essen, Germany) and in Prague. So far the English and Czech version have been introduced.

“We are happy to introduce two new versions of our game. We in the Platform believe that free-time activities are also a good way to educate students and children about the European Cold War history and the serious violation of human rights in the Communist bloc,” says Peter Rendek, the PEMC managing director. 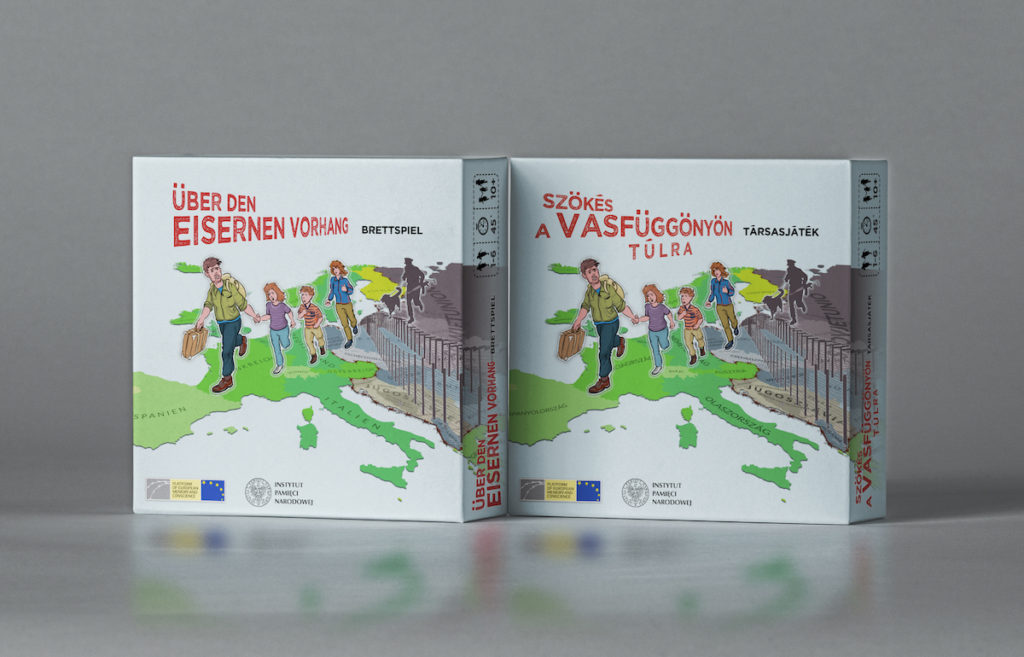 Czech première: Across the Iron Curtain