Prague, 15 June – The Platform of European Memory and Conscience (PEMC) released its first monograph written by the author Mrs. Vera Kržišnik-Bukić: The 1950 Cazin Rebellion – from Truth to Justice (translated by John Farebrother). The book presents to English readers a less-known story of an armed anti-Communist peasant revolt in former Yugoslavia.

“The Cazin Rebellion is one of the many forgotten stories of resistance and repression under Communism. Each of these stories tells us a lot about the totalitarian system. One of the basic duties of the Platform is to spread knowledge about Europe’s dramatic past. This book fills an important gap in our knowledge, but I hope it will also be eye-opening for all those who still believe that Communism wasn’t actually so bad,” says Łukasz Kamiński, the PEMC president.

The English version of the book was first published by the PEMC in May 2020.

The most outstanding rebels were sentenced by military courts to death and six of them were shot in order to show the strength of the Yugoslav communist state and cause fear among peasants. The partisans in WWII and close friends Rebellion commander Milan Božić, a Serb, and Ale Čović, the Muslim rebels’ leader, expressed the same wish before they were executed – to be buried together. The military chiefs ironically answered that their wish would be granted. The grave has never been found by their descendants. (p. 426-427) 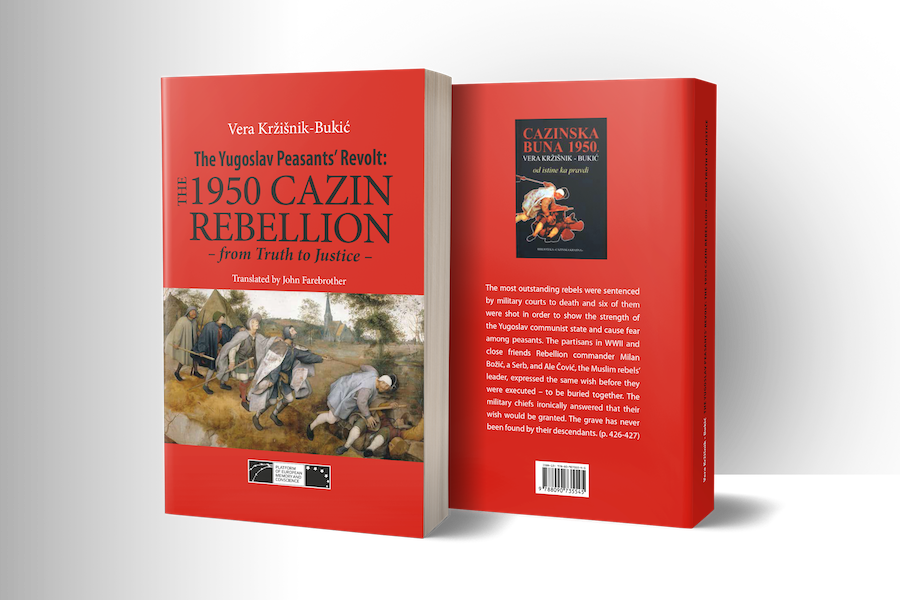