Prague, 2 June – The 12th NNW Festival will take place in Gdynia, Poland on 24 – 27 September 2020. For the second time the international documentary film competition will take place as well. We cordially invite all filmmakers to apply for the competition. Please see below the letter of invitation.

The Unruly Unbreakable Cursed International Film Festival (NNW Festival) is an interdisciplinary festival that combines film art, visual arts, literature and radio into the experience of the contemporary history of Poland, Europe and the World. The Festival has become a place where we speak about ‘the Polish Road to Freedom’, as well as that of other countries that have escaped from the tyranny of totalitarian systems.

Last year we had the honor to host the President of the Republic of Poland Andrzej Duda (who has been granting his patronage to the Festival since 2015) and many other distinguished guests from Poland and other countries.

For years we have been inviting artists, creators, eyewitnesses of historical events, and historians from Hungary, the Czech Republic, Albania, Lithuania, Latvia, Romania, Mongolia, the United States and others. Last year alone, we hosted over 100 foreign guests, including a group of American youth and the heads of historical research institutions. The NNW Festival is a platform for dialogue. It brings together film makers, film experts, outstanding artists, a large festival audience, cultural institutions, NGOs, and, most importantly, a lot of special guests, including precious witnesses to the history of Poland and other countries, like Maria Wittner from Hungary, a legendary Czech partisan Josef Mašin, who came to us from California, or a Mongolian oppositionist Adiy Ganbaatar.

This year, the 12th NNW Festival will be extended by two projects:

We cordially invite you to take part in this contest by proposing documentaries or feature films produced by your institution or with your inspiration/support. The deadline for applications is 30 June 2020.

All details can be found here: https://festiwalnnw.pl/en/

Detailed terms of recruitment for competition selections can be found here:

We would be grateful if you could also support us by promoting information about those competitions in your country and among other institutions and people dealing with those topics.

dr Łukasz Kamiński
President of the Platform of European Memory and Conscience
president@memoryandconscience.eu 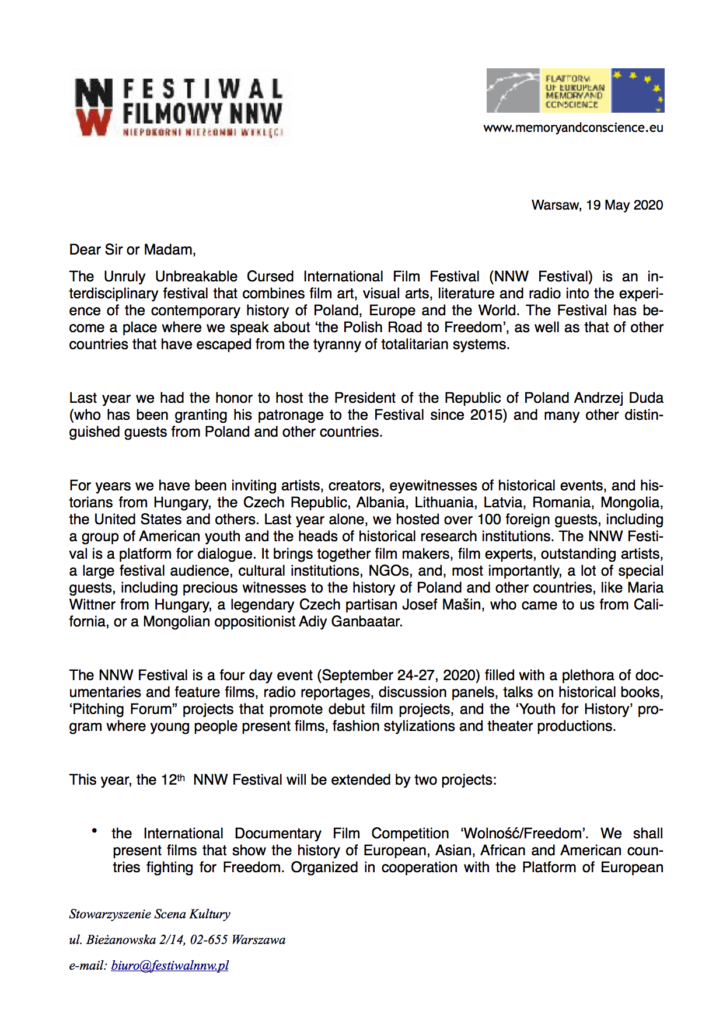 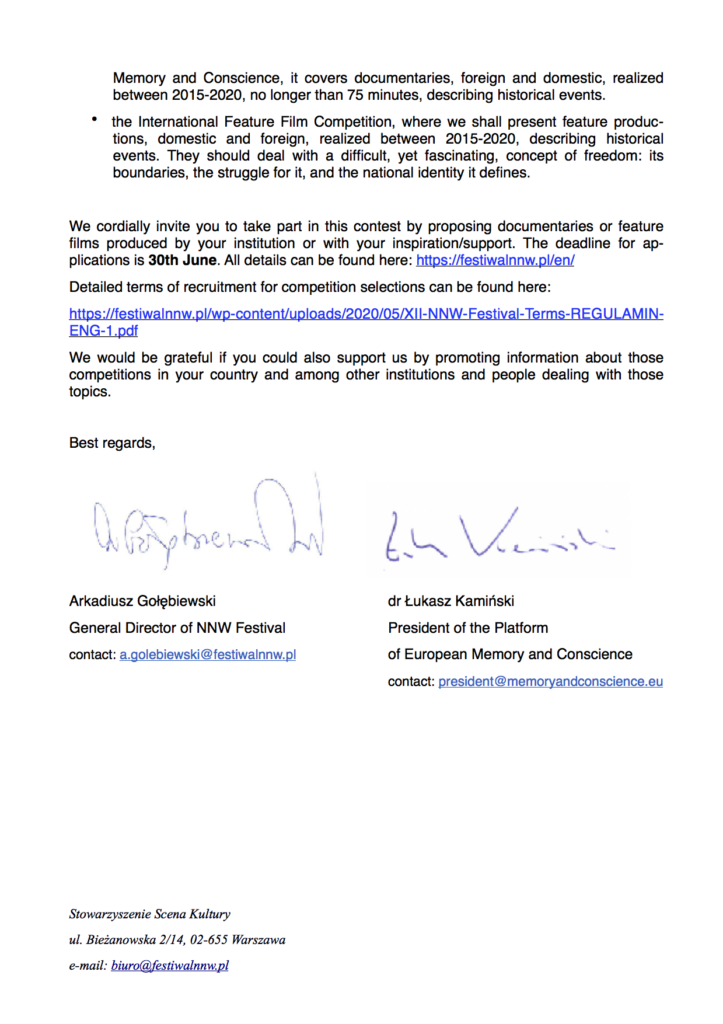