Timişoara, 13 December – The Platform of European Memory and Conscience has released the Hungarian version of the reader Lest We Forget. Memory of Totalitarianism in Europe (Hogy el ne feledjük. A totalitarizmus emlékezete Európában). It is so far the 8th language version of the book, which is intended for older secondary school students anywhere in Europe.

The book was introduced during the international conference “Road to Freedom” at the Polytechnical University in Timişoara, Romania on 13 December by the translator of the book Ms Prohászka-Rád Boróka PhD., the assistant professor at Sapientia University, and the Executive Board member Mr Zsolt Szilágyi.

The presentation was the part of the of the Commemorative Events at the 30th Anniversary of the Revolution from Timişoara (12–16 December 2019).

The purpose of the reader is to educate today’s young generation about Europe’s tragic totalitarian past and about the importance of upholding fundamental human rights, freedoms and democratic values in society. The goal is to promote better understanding and integration among European citizens and to help prevent the recurrence of any form of non-democratic rule in the future. 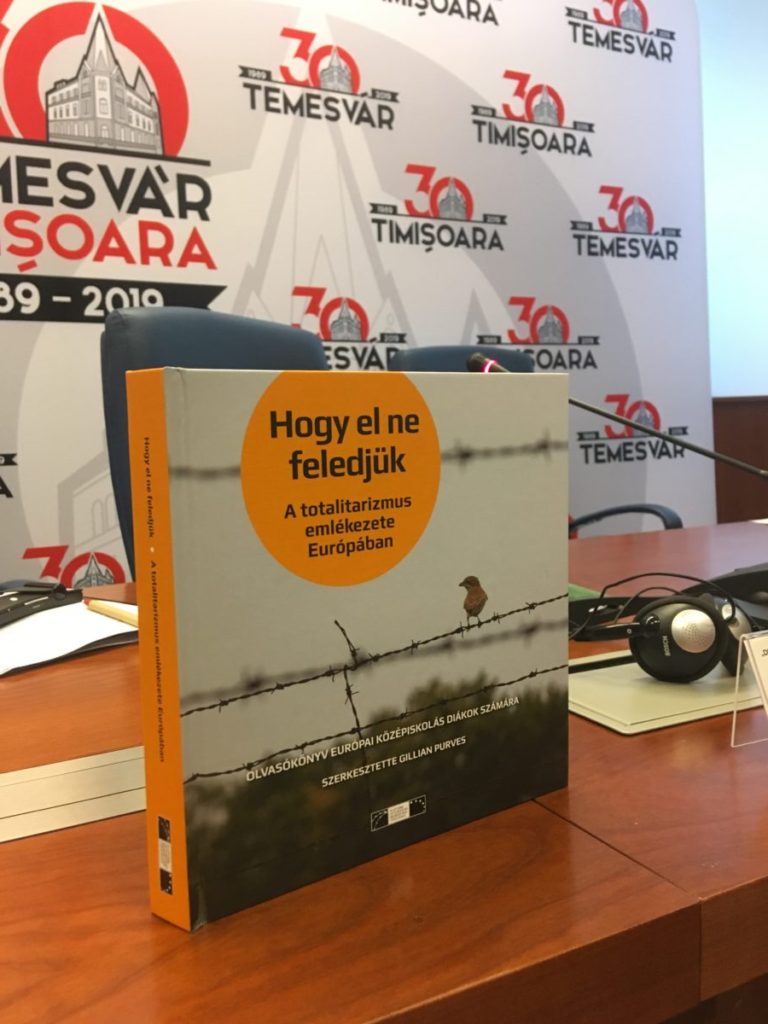