Prague, 23 September – On 17-18 September the Association of European Journalists (Asociación de Periodistas Europeos) organised in  the XXXI Seminar on Central Europe entitled “Del fervor al desafecto” (“From fervor to disaffection”) in Madrid, Spain. The President of the Platform dr Łukasz Kamiński took part in the panel “Thirty years after the fall of the Berlin Wall”. Other speakers included prof. Marlene Wind (University of Copenhagen), prof. Victoria Rodríguez (Nebrija University) and Mr Pavel Telička, the former Vice-President of the European Parliament and EU commissioner from the Czech Republic. During the debate dr Kamiński stressed the importance of the past for the current situation in Europe, including lack of punishment for Communist crimes and the lost chance of using the events of 1989 as one of the sources of legitimisation for European integration. 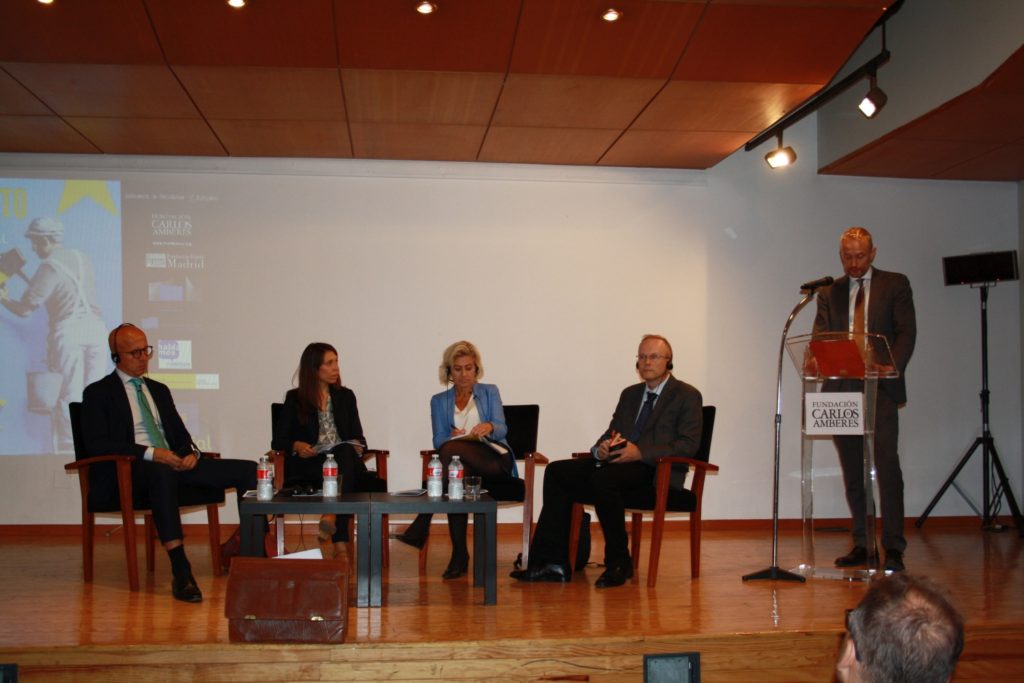 ← Czech Senate roundtable about the Museum of Memory of the 20th Century
Platform Justice 2.0 project presented in Bratislava, Slovakia →