Prague, 25 June – The President of the Platform Mr Łukasz Kamiński participated at the international conference“Like a stake in a fence”. The year 1989 in a context on 24 June in Prague. Among other speakers were Mr Alexandr Vondra, Member of European Parliament and Member of the Platform Board of Trustees; Mr Michael Kraus, Professor of Political Science, director of Russian and East European studies at Middlebury College; Mr Igor Lukes, University Professor of History and International Relations at Boston University; Mr Jan Kalous and Petr Blažek, Czech historians, the Institute for the Study of Totalitarian Regimes, and Mr Jerguš Sivoš, historian, Slovak Nation’s Memory Institute.

The conference was organised under the auspices of Mr Petr Fiala (Chairman of the Civic Democracy Party) and historian and Czech MP Mr Pavel Žáček.

The conference focused on the international and domestic context of democratic transition of Czechoslovakia and its reflection after 30 years of freedom.

In July 1989 the General Secretary of the Communist Party of Czechoslovakia Mr Milouš Jakeš in his speech to the party official in Červený Hrádek used the formulation that the Communists lost public support and stayed alone “like a stake in a fence”. This speech foreshadowed the collapse of the regime in Czechoslovakia some months later. 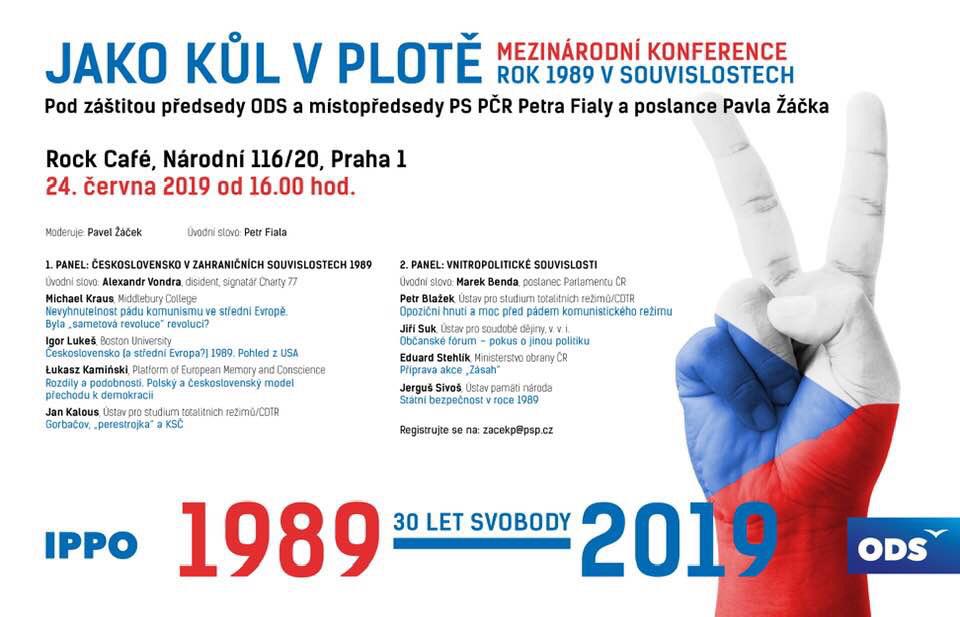 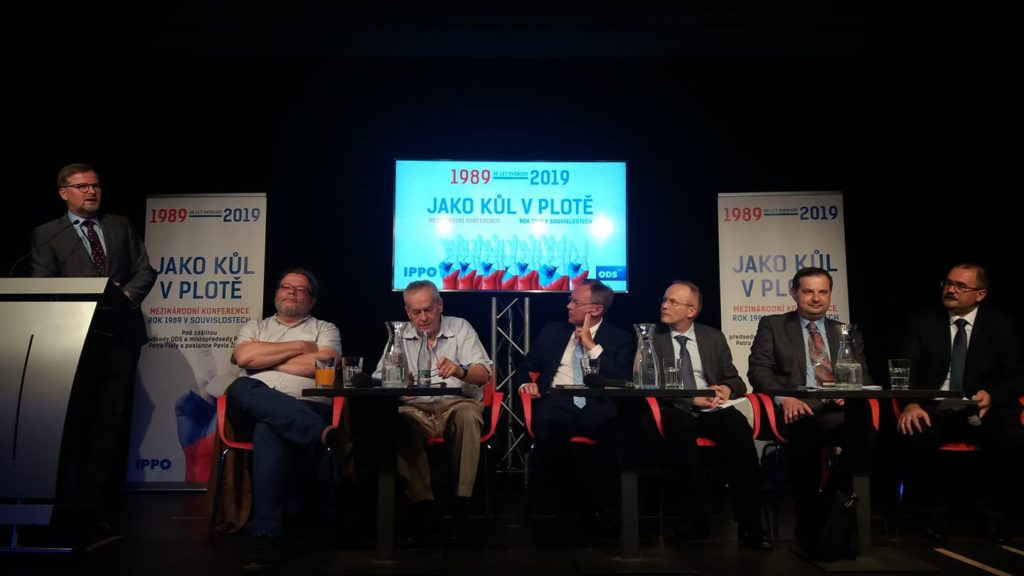 ← A seminar about hybrid warfare, disinformation and Ukraine in the Parliament of the Czech Republic
Remembering the victims of Communism in Prague →