The working meeting was held with a view to presenting and discussion about the activities of both institutions. The HEH representatives introduced the activities since the very beginning phase of the idea until the opening of the exhibition in 2017 and its current situation. The Platform introduced its position and activities in the area of the remembrance policy and offered its experience and knowledge in that field to the Museum.

The idea of creating a museum dedicated to European history was introduced by President of the European Parliament Hans-Gert Pöttering (CDU, EPP) in 2007 and it was officially opened 10 years later on 6 May 2017. The Museum focuses on the history of Europe since 1789.

After the working meeting in the HEH, the Executive Board meeting took place in the Platform office in Brussels. 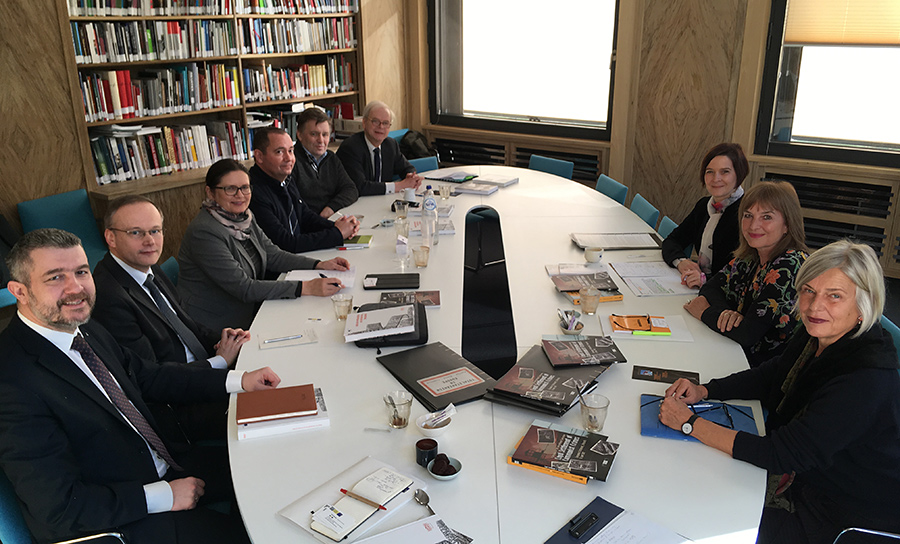