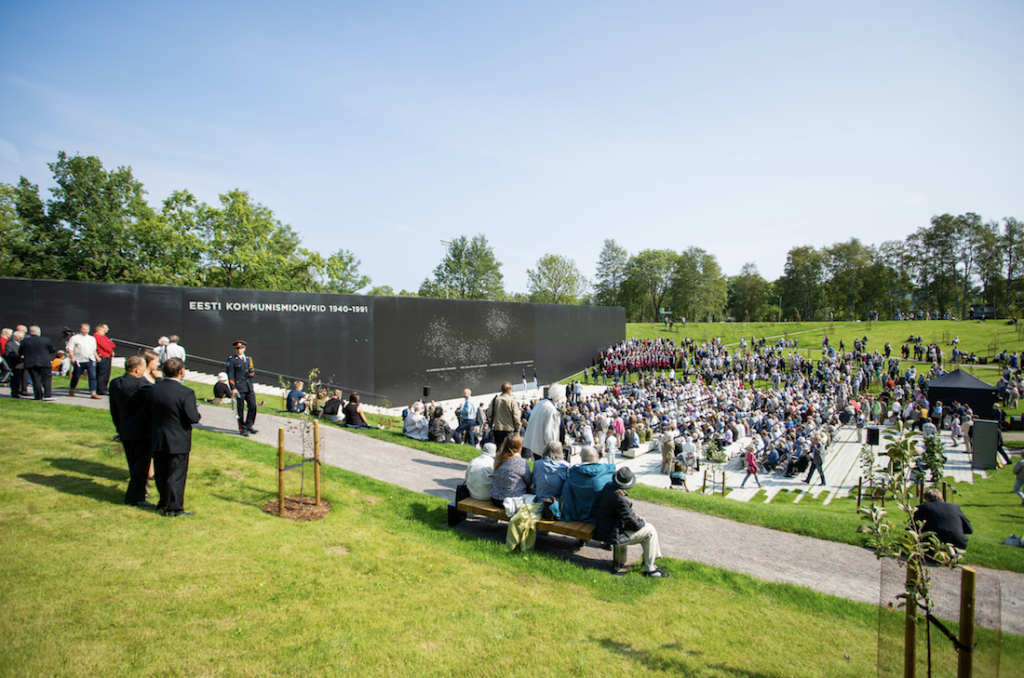 Tallinn, 23 August – The memorial commemorating Estonia’s victims of Communism was opened on 23 August on the European Day of Remembrance for victims of all totalitarian and authoritarian regimes. The memorial is dedicated to all Estonian people who suffered under the terror inflicted by the Soviet Union. The names of over 22,000 people who never returned home are inscribed on the memorial’s name plaques. They were murdered or died due to inhumane living conditions during imprisonment or forced resettlement and the remains of many of them are in unnamed graves in unknown locations.

At the memorial opening Kersti Kaljulaid, the President of the Republic of Estonia said: “Still, there are those who justify totalitarian ideologies on various pretexts, and say that ideally one or the other is actually noble, only implementation has failed so far. But every totalitarian ideology is by its nature an enemy of freedom, and we know its high price from our own historical experience… Democratic countries should stand for the fact that hatred will never lead the decisions of anyone. We need to think about maintaining and protecting democracy and European moral values – citizens’ rights and freedoms – from all forms of populism and extremism. Only then we can be sure about the future of our children and grandchildren…”

On the same day the international conference “Utopia unachieved despite millions victimised? Communist crimes and European memory” was held in Tallinn.

“It is an important step on the way to remembering all victims of totalitarian systems. I hope that one day, besides national memorials, we will also have a pan-European memorial in Brussels,” commented the president of the Platform Dr. Łukasz Kamiński.