Brussels / Prague, 28 March 2018. The Platform of European Memory and Conscience is delighted to announce the winners of its competition for a proposal of a Pan-European Memorial for the Victims of Totalitarianism in Brussels!

The competition was held under the patronage of European Parliament President Mr Antonio Tajani, of EU Commissioner for Education, Culture, Youth and Sport Mr Tibor Navracsics and of the Ambassador of the Czech Republic to Belgium Mr Jaroslav Kurfürst. The goal of the project is to propose the first-ever pan-European memorial for all victims of 20th century totalitarianism in Europe on the Place Jean Rey, in the heart of the European district in Brussels.

Thirty-nine anonymous entries from all over the world were forwarded to the Jury members, including, among others: EU Commissioner Tibor Navracsics; Deputy Mayor of Brussels Mr Geoffroy Coomans de Brachène; world-renowned British architect Lord Norman Foster; and Ms Julie Beckman and Mr Keith Kaseman, authors of the Pentagon Memorial in Virginia, USA.

“First of all I would like to warmly thank all contestants for their commitment and their sincere compassion for the victims. I do believe that the monument will serve as a touching reminder of the fate of the victims and a warning against any kind of totalitarianism,” says Platform President Łukasz Kamiński.

The 10 top-ranking entries will be displayed in an exhibition in the European Parliament in Brussels on 24 April 2018, courtesy of Mr László Tökés, MEP.

An echo in time 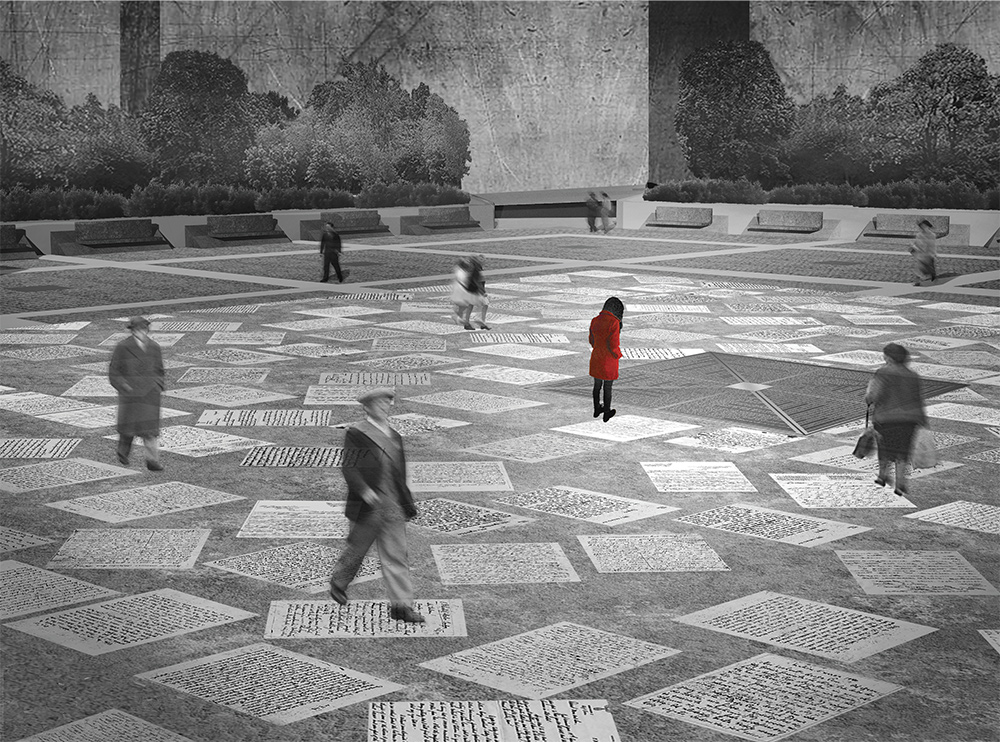 We sent out a simple worldwide appeal, explaining the design intent; within weeks acknowledgements of almost 40000 letters in multiple languages, from different countries, with support from institutions and the victims’ relatives, were received, sufficient to cover Jean Ray Square twice… (Tszwai So – United Kingdom)

During the day, embedded lights are black whereas at nightfall they resemble a starry sky. The lights are interactive with visitor’s activities at memory boards placed on top of the existing water jets to symbolize the looming presence of the past. Here, two interactive screens allow access to a digital archive of victims. When a visitor opens a particular biography or a name, an assigned light on the square exerts additional glow. (Sabina Tanovic & Dario Kristic – Netherlands) 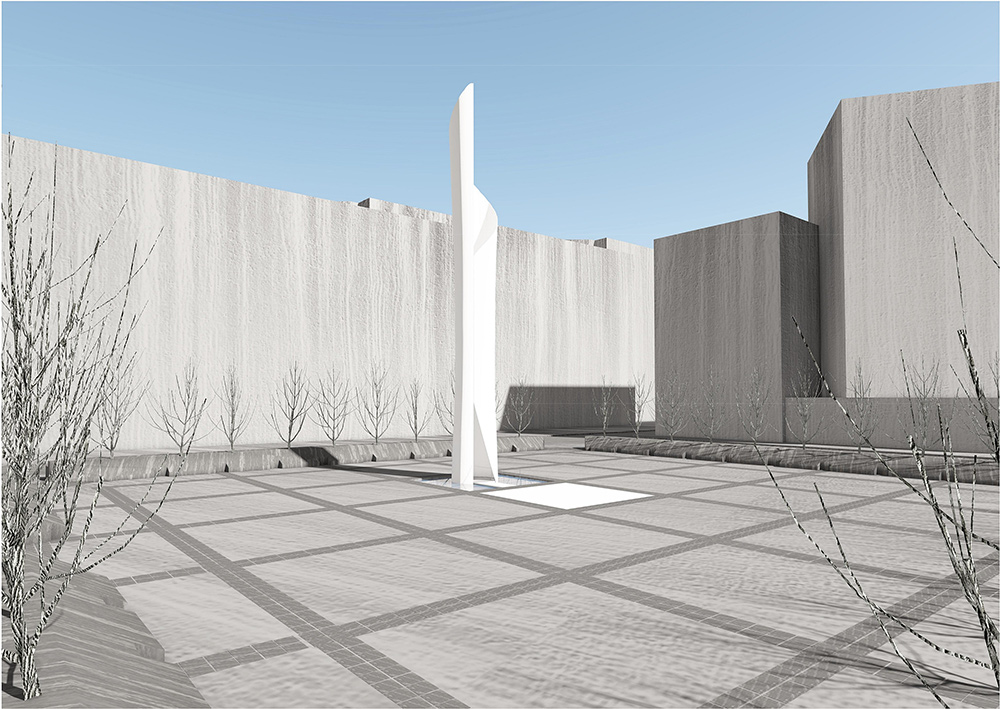 The form is plastically rolled up sheet of paper. this sheet is perforated with fragmented letters of victims in different languages. the daylight comes downwards whereas during the nighttime the light pours out of the volume. (Mantas Maziliauskas, Povilas Šorys, Gitana Stankiene – Lithuania)