Brussels / Prague, 27 April 2017. At a symposium held in the European Parliament in Brussels yesterday, the Platform of European Memory and Conscience announced the launch of an international competition for a new memorial dedicated to the victims of National Socialism, Fascism and Communism in Europe. The site, chosen together with authorities of the city of Brussels, is the Place Jean Rey, an excellently located square in the heart of the European district. The winners will be announced in February 2018.

At a symposium hosted by László Tőkés, MEP, in the European Parliament in Brussels on 26 April 2017, the Platform of European Memory and Conscience launched an international competition for the creation of a new memorial in the heart of the European district in Brussels. Its purpose is to commemorate the millions of human lives lost to 20th century totalitarianism in Europe and to celebrate the European Union as a unique peace and democracy project built upon the lessons of the past. The competition aims to create a work of art of high value for the city of Brussels. The City of Brussels is closely involved, maximising the likelihood of the realisation of the memorial.

The competition is open to artists and architects from around the world. Expressions of Interest are invited by 15 June 2017 – see the Competition announcement. 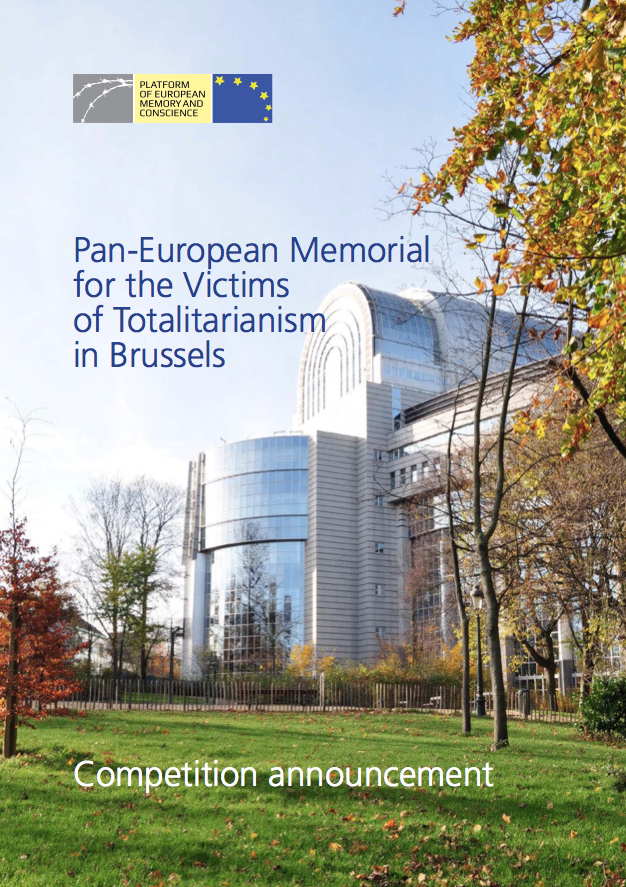 ← Invitation to a symposium in the European Parliament on 26 April 2017: Pan-European Memorial for the Victims of Totalitarianism in Brussels
Commemoration event in former Communist concentration camp “Hell of Jáchymov”, Czech Republic on 26 May 2017 →