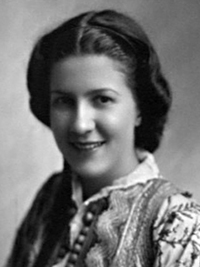 Prague/Tallinn/Riga/Vilnius/Warsaw/Berlin/Dresden/Bratislava/Ljubljana/Bucharest/Tirana/Kyiv/8 March 2017. On 8 March, the day recognised as International Women’s Day, the Platform of European Memory and Conscience calls for a minute of silence at 12.00 noon CET for the millions of women who fell victim to the Communist dictatorship.

The International Women’s Day, with its roots in the women’s worker movement in the USA at the beginning of the 20th century, was appropriated by the Communist dictatorships in Europe as an ideological holiday and celebrated in a pompous way. Red flowers were officially presented to women and alcohol was drunk on 8 March.

The Platform wishes to draw attention to the fact that the Communist regime was excessively brutal to women. For political reasons, women were executed after staged trials or without trial, killed when trying to flee across the Iron Curtain, sent to prisons, concentration camps and forced labour camps where countless perished; women were tortured, denied their dignity and persecuted in many other ways. Women survivors of Communist persecution find it more difficult than men to speak about the trauma they suffered.

Therefore, the Platform of European Memory and Conscience calls upon the international community to observe a minute of silence on 8 March 2017 at 12.00 noon CET to recognise and commemorate the countless millions of women whose fundamental human rights were violated during Communism.

Some of the women executed by Communists in the 20th century:

← Proceedings of the international conference “Central European countries under Soviet oppression and attempts at democratisation”
Breakthrough court ruling in Bratislava: Killing of refugee was a crime, family has a right to compensation! →