Prague, 30 December 2016. Two thirds of Czech secondary school students do not think that coming to terms with totalitarianism in the country has been sufficient. This is the result of a long-term survey by the Platform of European Memory and Conscience carried out in the years 2013, 2015 and 2016 among 2,500 respondents from 42 secondary schools in all regions of the Czech Republic. Students want less focus on prehistoric times and the antique world, and better modern history education instead. The survey is part of a presentation of the Reader for Schools “Lest We Forget. Memory of Totalitarianism in Europe“, kindly supported by the Ministry of Education of the Czech Republic in 2016.

For the third time this year, the Platform of European Memory and Conscience presented its international Reader “Lest We Forget. Memory of Totalitarianism in Europe“ at different types of secondary schools in all regions of the Czech Republic, kindly supported this time by a grant from the Ministry of Education, Youth and Sport of the Czech Republic.

During the event, in which also well-known actors/actresses and witnesses of totalitarian persecution participate, students fill in an anonymous questionnaire asking them “Do you think that our society has sufficiently come to terms with the legacy of Nazi and Communist totalitarianism after 1989?“ In three years, the statistically significant survey has had 2 485 respondents.
Of those, 843 students answered YES (33.9%), 1 227 answered NO (49.4%) and 415 (16.7%) did not know how to answer – see Fig.

An active approach to teaching, meetings with witnesses, presentation of biographies and films, visits to museums etc. figure strongly among this years‘ answers on how to improve history lessons. The students see a problem in the disproportionate amount of lessons dedicated to prehistoric times and the antique world as opposed to the history of the second half of the 20th century.

„For the third time this year, our statistics are confirmed. Our youngest generation wants to know its history and sees the unresolved legacy of totalitarianism as a problem. It is essential to support modern history education in schools,“ says Neela Winkelmann, Managing Director of the Platform of European Memory and Conscience who accompanied the project in schools in the Czech Republic.

Do you think that our society has sufficiently come to terms with the legacy of Nazi and Communist totalitarianism after 1989? 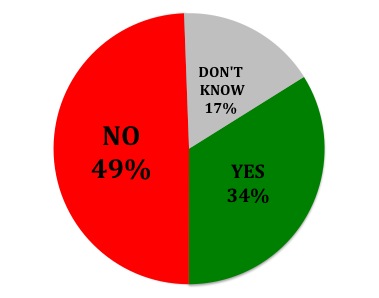 Students of 41 grammar schools, specialised secondary schools and vocational schools in all regions of the Czech Republic 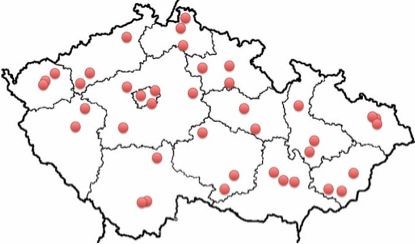