Brussels, 7-8 October 2016. Platform President Göran Lindblad and members of the Board of Trustees, MEPs Milan Zver and Tunne Kelam met in Brussels with Chen Guangcheng, “the barefoot lawyer,” a Chinese civil rights advocate working for women’s rights, land rights, and the welfare of the poor. Mr Chen, who is blind from an early age, was placed under house arrest in China in 2005 and then imprisoned for more than four years. In 2012, he fled from his continuing house arrest to the U.S. Embassy in Beijing, and was eventually allowed to leave for the USA where he lives today. Mr Chen was accompanied by an interpreter and Ms Yutong Su, also a refugee from Communist China. Ms Yutong Su works as a journalist in Germany. 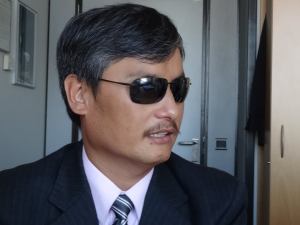 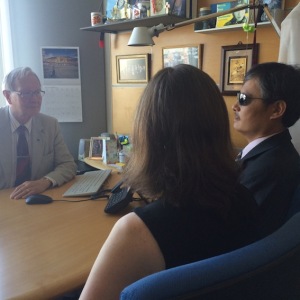 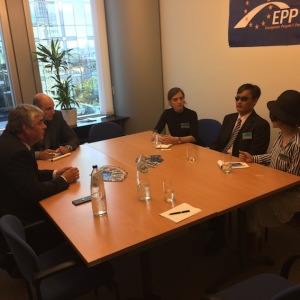 ← International conference “Central European countries under Soviet oppression and attempts at democratisation” – Senate, Prague on 22 September 2016
Fifth anniversary celebration of the establishment of the Platform on 14 October 2016 →