Justice for victims killed during Communism

Senator Jiří Šesták opened a press conference which was held under the auspices of Miluše Horská, Vice-President of the Senate on Friday, 26 August 2016 at 10.00 in the Zaháňský Salon of the Senate, Parliament of the Czech Republic, address Valdštejnské nám. 4, 118 01 Praha 1.

The topic of the press conference was a criminal complaint which has been filed by the Platform of European Memory and Conscience with the German Federal Prosecutor General. It is directed against 67 persons of Czech and Slovak nationality covering the entire chain of command who are responsible for 5 cases of killings of German victims at the Iron Curtain which separated former Czechoslovakia from Western Europe. On 25 August 2016 a press conference on the same topic was held in Berlin, Germany.

Speakers at the press conference were: Senator Jiří Šesták, Vice-President of the Committee on Education, Science, Culture, Human Rights and Petitions, Luděk Navara, member of the civic association Paměť, Dr. Neela Winkelmann, Managing Director of the Platform of European Memory and Conscience, Konrad Menz, attorney-at-law from the law office Derra, Meyer & Partner from Berlin and the mother of Hartmut Tautz, an eighteen-year-old refugee who was assaulted by so-called independently attacking dogs of the Czechoslovak border guards and died on 9 August 1986, 30 years ago. 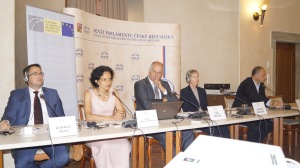 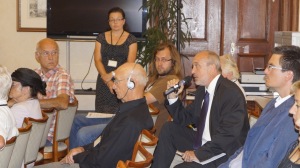 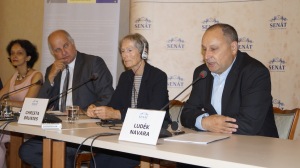 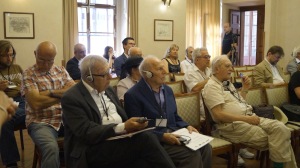 ← PRESS CONFERENCE on 25 August 2016 in Berlin
Platform: Killing of refugees on the borders is an imprescriptible crime →