Bratislava, 24 August 2016. The Platform of European Memory and Conscience was a partner at this year’s EU-wide European Day of Remembrance for the Victims of Totalitarian Regimes hosted by the Slovak Presidency of the Council of the European Union in Bratislava on 22-23 August 2016.

The event started on the afternoon of 22 August, with a commemorative ceremony by the ‘Gateway of Freedom Monument’ below Devín Castle, devoted to the victims of the Iron Curtain.
The programme continued with an exhibition of the winning entries in the competition for a proposal for a pan-European memorial to the victims of totalitarianism in Brussels and a gala dinner hosted at the Palugyay Palace in Bratislava. The competition was staged in cooperation of the Platform of European Memory and Conscience together with the Slovak EU Presidency, EU Commissioner Tibor Navracsics and the European Shoah Legacy Institute. The winning student contestants had the opportunity to meet Commissioner Navracsics.

On 23 August, the ministerial conference took place. Session I was attended by representatives of Justice Ministries from EU countries. In Session II, hosted by the Slovak Nation’s Memory Institute and moderated by Platform Managing Director Neela Winkelmann, representatives of 17 memory institutions from EU Member States and the Minister of Justice of Estonia Urmas Reinsalu dicussed the issue of justice for the totalitarian crimes of the past. A Statement of Support for the Estonian initiative to establish a new supranational institution of justice was adopted unanimously, representing a strong endorsement from the expert community.

The representatives of instutions and organisations working in the field of totalitarian legacy on European soil gathered in Bratislava, Slovakia at the occasion of the European Day of Remembrance for the Victims of Totalitarianism on 23 August 2016 endorse the work led by the Ministry of Justice of the Republic of Estonia since 23 August 2015 aimed at the establishment of a new supranational institution or international legal body which would deal with the unresolved crimes of totalitarianism. 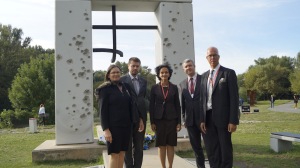 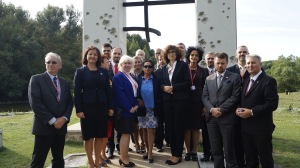 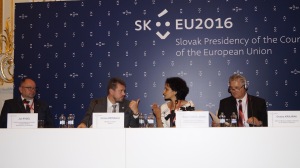 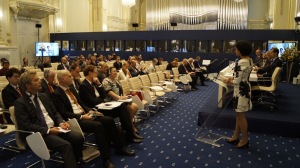 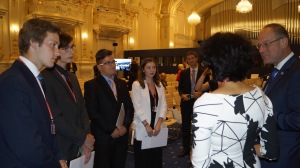 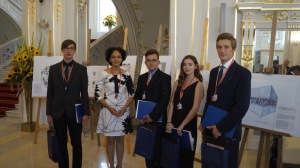