Prague, 20 October 2015. The Platform of European Memory and Conscience calls for a stop to any official glorification of totalitarian perpetrators, such as an official funeral provided by the Czech Ministry of Defence on 8 October 2015 for one of the top-ranking persons responsible for the killings of civilians along the Iron Curtain. This underlines the importance of the Platform’s JUSTICE 2.0 initiative for international justice for the Communist crimes.

When members of the Platform research team saw photographs taken at the funeral of František Šádek, the last surviving Commander in Chief of the Border guards of Communist Czechoslovakia, it was with disbelief that they identified guards of honour in army uniform as well as a display of official wreaths. A request for clarification from the Ministry of Defence of the Czech Republic resulted in a stunning explanation:

The deceased Mr Šádek, responsible for the death of at least 17 fleeing civilians killed under his command between 1969-1982, was a former general, so a general’s funeral was organised for him by the Ministry. Mr Šádek was never sentenced by a Czech court.

“It would be unacceptable for any country to provide an official funeral for a retired Nazi general. The lack of prosecution of Communist criminals is proving to be a grave ethical and societal problem,“ says Platform President Göran Lindblad. “We can see that the state readily uses taxpayers‘ money to glorify these people. Our CALL FOR JUSTICE 2.0 to the international community is extremely important – we need to finally sentence the surviving Communist perpetrators using international law.“ 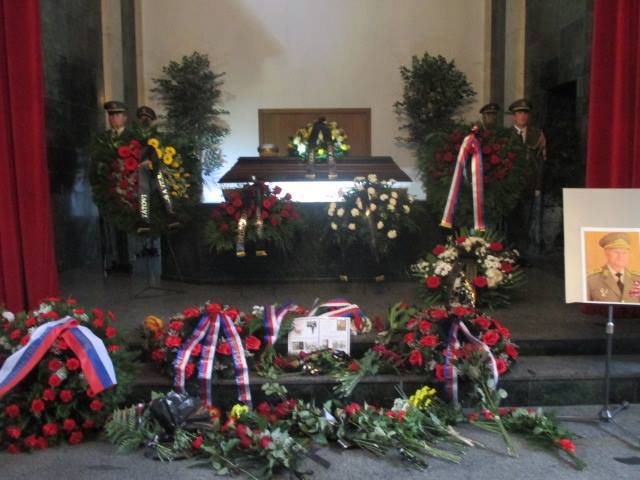