Prague, 1 June 2015. Czech Deputy Prime Minister Pavel Bělobrádek held a press conference to introduce Platform’s project JUSTICE 2.0 in Prague on 27 May 2015. A debate on the late punishment of Communist perpetrators starts in the Czech Republic.

At a press conference hosted by Deputy Prime Minister Pavel Bělobrádek (KDU-ČSL) in the Chamber of Deputies in Prague on 27 May 2015, the Platform team presented results of the project “JUSTICE 2.0“ and the call for international justice for the persons responsible for crimes against humanity committed under Communism. The echo in the media has been significant. The news server Lidové noviny for example asked all 200 Deputies in Parliament about their opinion. In an internet poll published on www.lidovky.cz yesterday, more than three-quarters of the respondents say Communist leaders should be taken to trial 25 years after the fall of the regime for the killings along the borders: “Yes, we need to come to terms with the past like it was done for Nazi Germany.“ (946 out of 1230 anonymous respondents as of 1 June 2015).

Platform event “JUSTICE 2.0“ in the media. 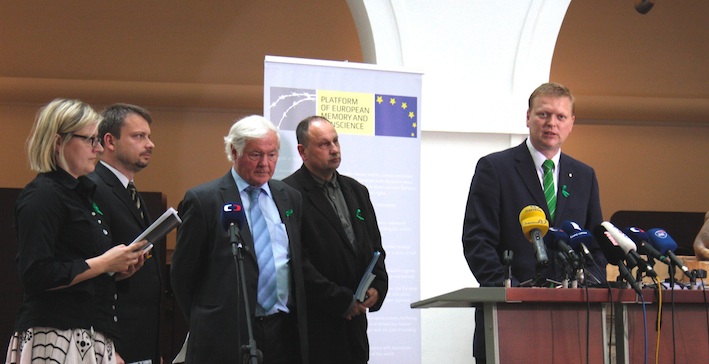