Prague, 15 May 2015. Between 1 – 15 May 2015 the Platform of European Memory and Conscience presented its international travelling exhibition “Totalitarianism in Europe“ for the first time in North America. As a commemoration of the 70th anniversary of the end of WWII, the exhibition was hosted by the Czech Center in New York. It was was opened by Platform President Mr Göran Lindblad. 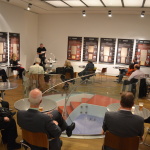 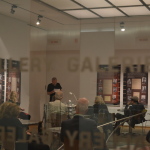 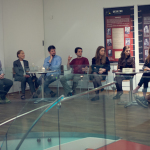