Budapest / Prague, 7 May 2015. The Prize of the Platform of European Memory and Conscience 2015 was awarded to Mr Oleg and Mr Alexei Navalny at a ceremony in the Duna Palota hall in Budapest yesterday.

Speakers at the award ceremony were Göran Lindblad, President of the Platform, and Zsolt Németh, Chairman of the Foreign Affairs Committee of the Hungarian Parliament. The Prize was received by Mr Nikita Kulachenkov, an associate of Mr Alexei Navalny.
Mr Kulachenkov expressed hope that there will be no division between Europe and Russia in the near future. Especially the young generation is keen on seeing democracy prevail in the country. 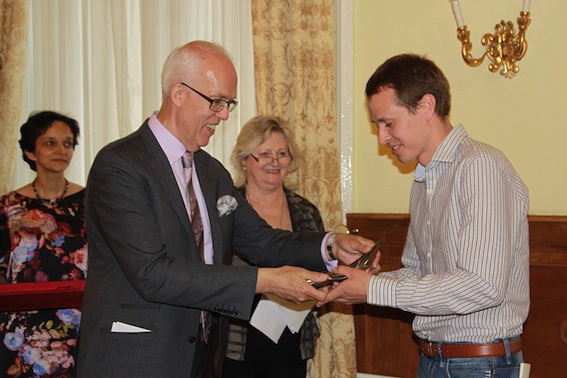 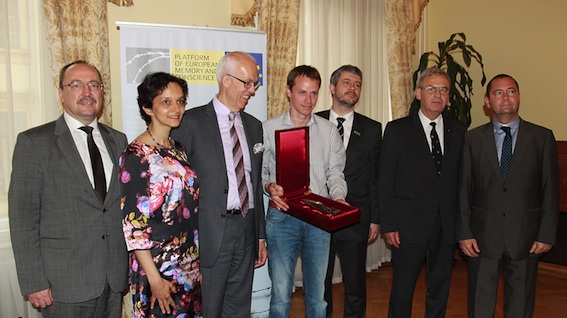 ← Alexei and Oleg Navalny to receive Prize of the Platform of European Memory and Conscience 2015
Photo gallery: The Iron Curtain – Consequences of WWII →