Prague, 22 November 2014.  Platform Member organisation Memory (Paměť) inaugurated a memorial yesterday outside the town of Mikulov, Czech Republic to people killed on the Iron Curtain between 1948-1989. The Platform congratulates the colleagues on this accomplishment which was supported by the European Union.

Twenty-five years after the demolition of the Iron Curtain, it took a dedicated non-governmental organisation to carry out the necessary research and to build a free-standing memorial to civilians killed while trying to escape the Communist dictatorship. The monument consists of 53 tall iron beams, each bearing the name of one of the documented victims killed along the stretch of the Czechoslovak-Austrian border which fell under the command of the 4th Border guard brigade Znojmo.

Platform Managing Director Neela Winkelmann was a speaker at the solemn opening, offering a word of greetings and laying a wreath on behalf of the Platform. The inauguration was followed by a conference entitled “The Gate to Freedom” at the Mikulov castle. 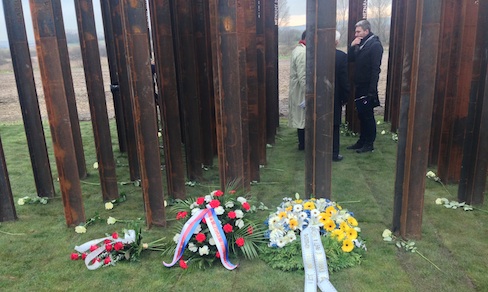 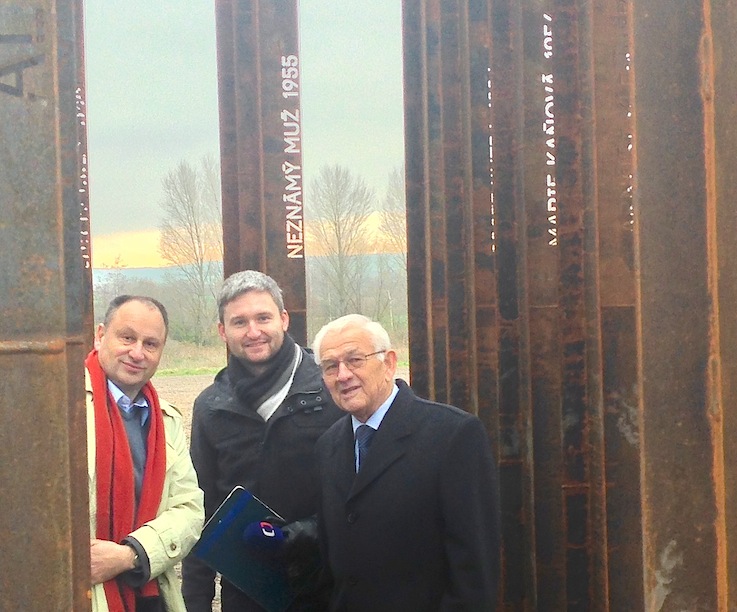 Photo: Mr Luděk Navara (left) and Mr Miroslav Kasáček (right) of Paměť (Memory) with a TV reporter at the inauguration of the memorial