Prague, 10 March 2014. Seventy percent of older secondary school students in the Czech Republic do not think that the Nazi and Communist totalitarianisms have been overcome sufficiently. This is a result of a survey conducted by the Platform of European Memory and Conscience among older secondary school students in all regions of the country. The dictatorships of the 20th century and their crimes are a topic which is alive even for the youngest generation.

Between October – December 2013, the Platform of European Memory and Conscience presented the international reader “Lest We Forget. Memory of Totalitarianism in Europe“ at secondary schools in all 14 regions of the Czech Republic. During the event, 3rd and 4th grade students were asked to fill out an anonymous survey form containing the question “Do you think that our society has done enough after 1989 to come to terms with the legacy of Nazi and Communist totalitarianism?“ Out of 982 respondents, 296 students answered YES (30%), 501 students replied NO (51%) and 185 students could not or did not give an answer (19%) – see fig.

Asked about ways in which the situation could be improved, the 15 to 19-year-old students state the need for more information and education about the history of the 20th century and about democracy, a ban on the Communist party and other totalitarian parties and movements, punishment of perpetrators, property restitution, preserving the memories of eyewitnesses or the need to strive for political stability.

The project was kindly supported by the Konrad Adenauer Stiftung. 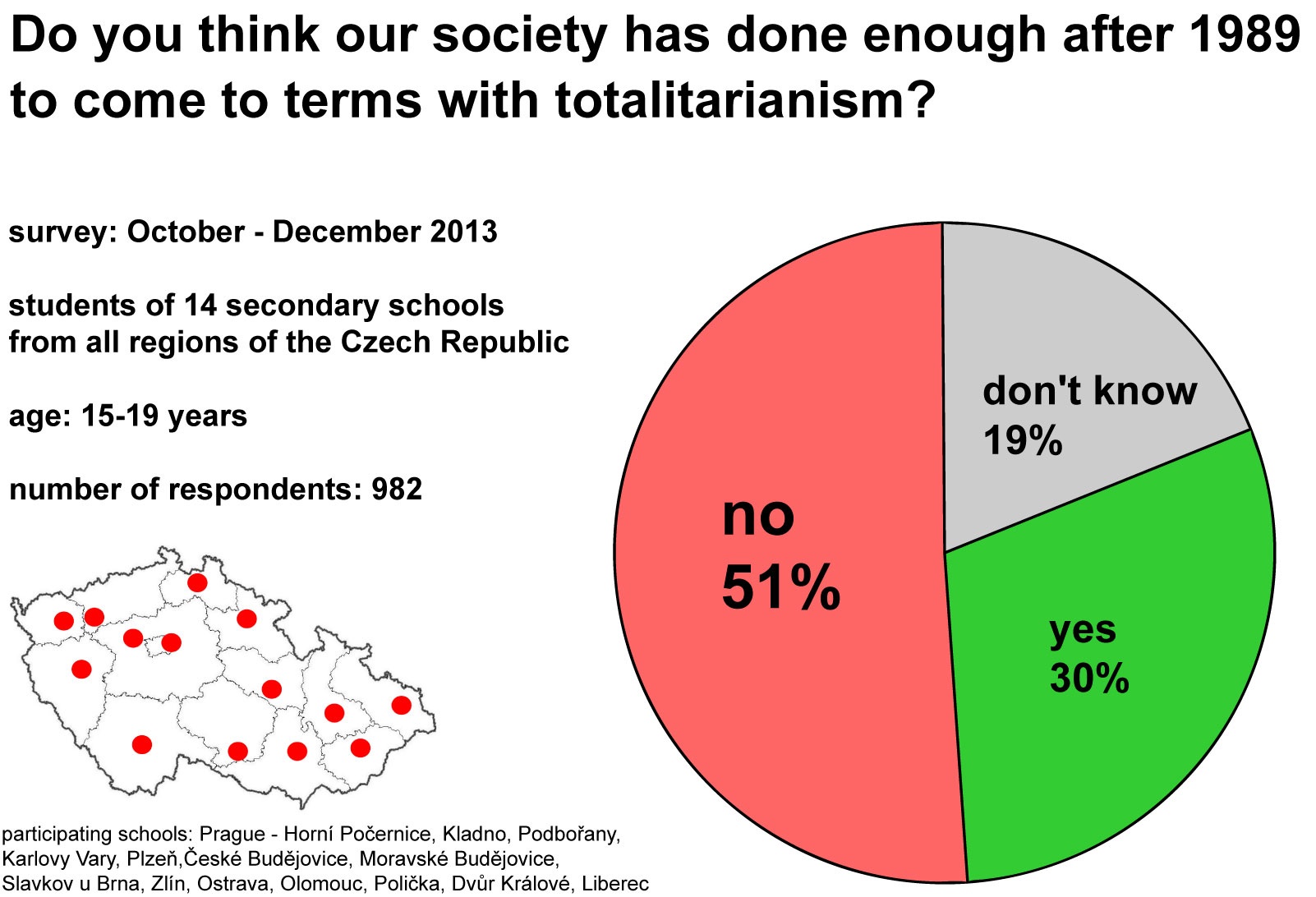