Prague, 14 October 2013. The Platform of European Memory and Conscience together with the Konrad-Adenauer-Stiftung published the Czech language version of the reader “Lest We Forget. Memory of Totalitarianism in Europe” in September 2013, with an endorsement from the Ministry of Education, Youth and Sports of the Czech Republic. Between October – December 2013, the Platform is now presenting the Reader in secondary schools across the Czech Republic. The series of presentations was kicked off today at the Sports grammar school in Kladno. Award-winning actor Ondřej Vetchý who has starred in acclaimed films dealing with the totalitarian past (e.g. The Dark Blue World) read from the book and participated in a discussion with students. The presentation of the Reader in the schools is accompanied by former political prisoners and witnesses of totalitarian persecution who tell their life stories to the students. Partners of the tour are the Konrad-Adenauer-Stiftung, who are presenting each visited school with a set of Readers for the students and the Všehrd Association of Czech Lawyers, in cooperation with the Confederation of Political Prisoners of the Czech Republic, the Union of Auxilliary Technical Units – Military Forced Labour Camps and the Prague Academic Club 48.
Photos: Sportovní gymnázium Kladno 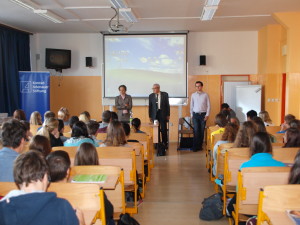 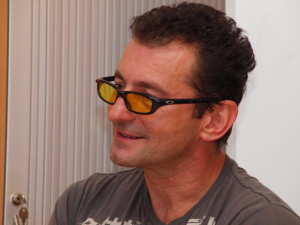 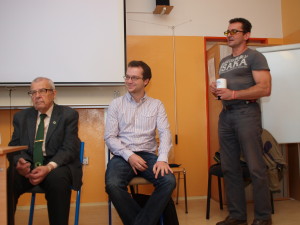 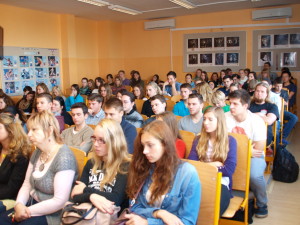