Prague/Bratislava, 18 September 2012. An audience of about 60 people, representatives of partner institutions, associations of victims of totalitarianism from Poland, Germany, Romania, Croatia, the Czech Republic and Slovakia as well as persons of public life and members of the press, took part in the solemn opening of the international travelling exhibition “Totalitarianism in Europe” at the Aréna Theatre in Bratislava on 17 September 2012.

The event started with the screening of a documentary film about the discovery, in 2008, of one of the largest mass graves on the territory of the EU – in Huda jama in Slovenia. Opening speaker Daniel Herman, Director of the Czech Institute for the Study of Totalitarian Regimes, said he hoped the exhibition would help in building bridges between citizens of the former “East” and “West” of Europe. Filip Vagač, Slovak Government Commissioner for the civic society and Trustee of the Ján Langoš Foundation, recalled the widespread support of totalitarian leaders like Tito who turned out to be the worst perpetrators, with their onetime victims rising to be heroes. Göran Lindblad, President of the Platform of European Memory and Conscience, stressed the need to present this exhibition as widely as possible – at schools, public libraries, museums and other public spaces in Europe.The commitment of the European Union to the upholding of fundamental rights, including the rights of victims of crime, was underlined by Friso Roscam Abbing, Head of the Communications Department of the Fundamental Rights Agency of the EU.
(Photos: Přemysl Fialka)

Opening of the exhibition, Bratislava, 17 September 2012 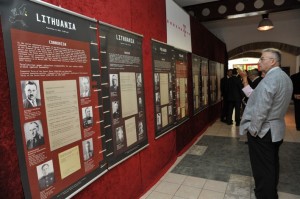 Opening of the exhibition, Bratislava, 17 September 2012 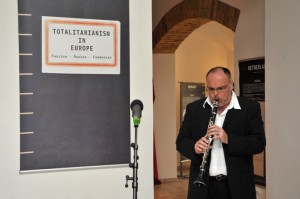 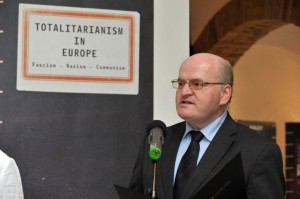 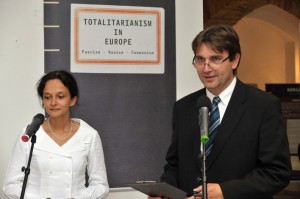 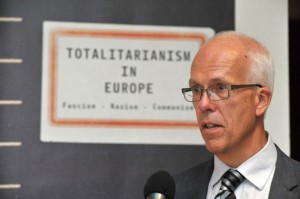 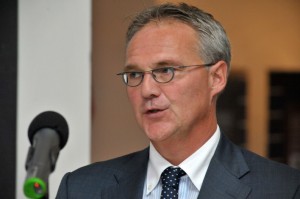 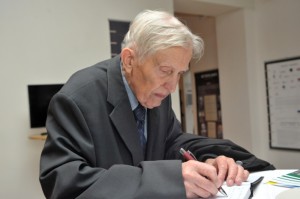 Zdeněk Boháč of the Initiative "Declaration 2012"