Budapest, 23 August 2012. During a ceremony commemorating the European Day of Remembrance for Victims of Totalitarianism in Budapest, Hungary, the President of the Platform signed an agreement on the creation of a European museum of totalitarianism. The document expresses the will of institutions and organisations active in the field of memory and study of totalitarian regimes to establish such a museum which would also serve as a memorial for the victims. The solemn event was held at the House of Terror Museum and in the Hungarian Parliament. It was opened by the Hungarian President, Mr János Áder, and attended by the Ministers or State Secretaries of Justice from a number of European countries. (Photos: augusztus23.kormany.hu) 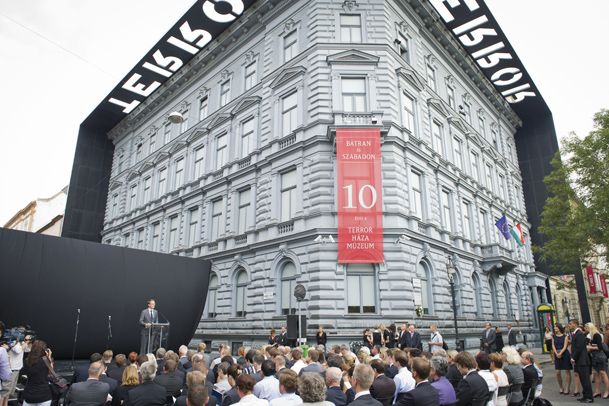 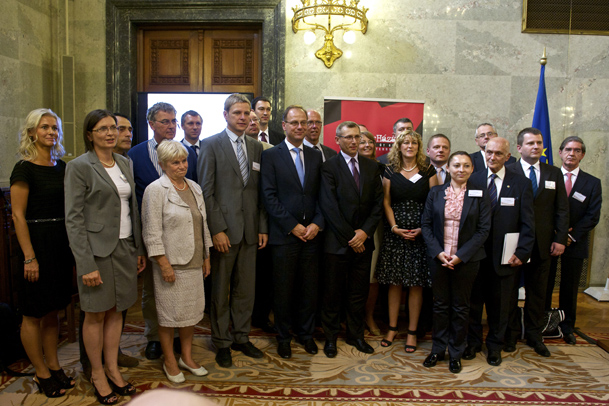