Strasbourg, 13 June, 2012. President of the Platform Göran Lindblad addressed a ceremony in the European Parliament in Strasbourg to comemorate the 1941 mass deportations from the Baltic countries, when more than 30,000 people from Estonia, Latvia and Lithuania were sent to Siberia on Stalin`s orders. 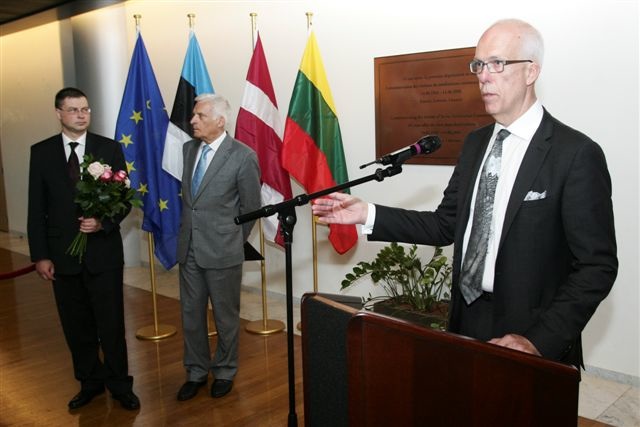