Representatives of the Platform of European Memory and Conscience elected on 19 November 2015: 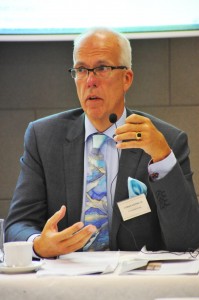 Göran Lindblad, Sweden, former MP and former Chairman, Political Affairs Committee of the Parliamentary Assembly of the Council of Europe

Toomas Hiio, Estonia, Member of the Board, Estonian Institute of Historical Memory

Valters Nollendorfs, Latvia, Chairman of the Board of Directors, The Occupation Museum Association of Latvia

Tunne Kelam, Estonia, Member of the European Parliament, former leader of the democratic opposition and Member of Parliament

László Tőkés, Romania, Member of the European Parliament, Bishop of Temesvár, leader of the democratic opposition in the 1989 revolution